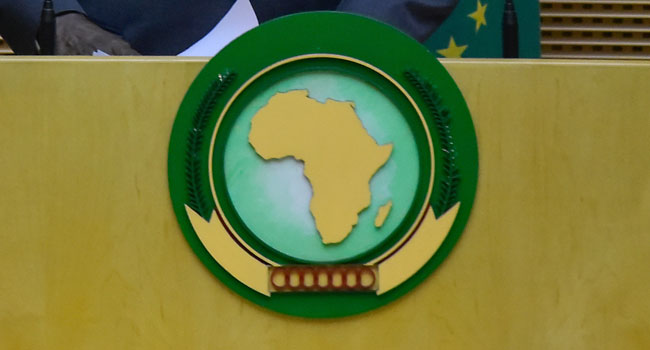 The annual African Union summit opened Sunday with leaders vowing that the AU would play a more prominent role in resolving conflicts proliferating across the continent.

The theme of the two-day summit is “Silencing the Guns”.

The focus on conflicts marks a departure from multiple years of debate, centered on reforming the AU — including its funding structure — and the implementation of a continent-wide free trade area.

He also noted that while some progress has been made recently in Central African Republic and Sudan, long-running conflicts in places such as Libya and South Sudan have been joined by new crises from Cameroon to Mozambique.

Faki stressed that it would take more than military action to address the “root causes” of African conflicts, namely poverty and social exclusion.

He reiterated the AU’s determination to find “African solutions to African problems”.

Yet his remarks came as multiple African leaders were acknowledging the AU’s failure to achieve the goal adopted in 2013 of ending “all wars in Africa by 2020”.

South African President Cyril Ramaphosa, who is taking over from Egyptian President Abdel Fattah al-Sisi as AU chair, announced that he planned to host two summits in May — one focused on conflict resolution and the other on implementation of the African Continental Free Trade Area.

“We will focus our efforts on conflict resolution across the African continent, especially those experiencing protracted conflict,” he said.

Ramaphosa has identified South Sudan and Libya as two conflicts he wants to prioritise.

The two men face a February 22 deadline to form a government, but they have already missed two previous deadlines to settle their differences.

On Libya, the AU has consistently complained about being sidelined during peace processes led primarily by the UN.

At a summit in Congo-Brazzaville in late January, African leaders vowed to hold a reconciliation forum for Libya’s warring parties.

UN Secretary-General Antonio Guterres endorsed this initiative at a press conference at the AU on Saturday, saying he understood the AU’s “frustration” at having “been put aside” when it comes to Libya.

In a speech Sunday, Guterres said “a new framework of cooperation” between the AU and the UN had been established for Libya.

The AU will have to overcome internal disputes and insufficient financing for peacekeeping missions if it wants to become a major player in conflict resolution.

In a report published Friday, the International Crisis Group think-tank said the AU should prioritise finalisation of an agreement that would see the UN finance 75 percent of peacekeeping missions backed by the UN Security Council.

Guterres mentioned the agreement during his speech Sunday, saying African peacekeeping missions must have adequate and predictable financing.

Ramaphosa said the AU’s goal of “silencing the guns” underpinned his other ambitions for economic development and combating gender-based violence.

Also on Sunday, the AU announced that the Democratic Republic of Congo would replace South Africa as AU chair in 2021.