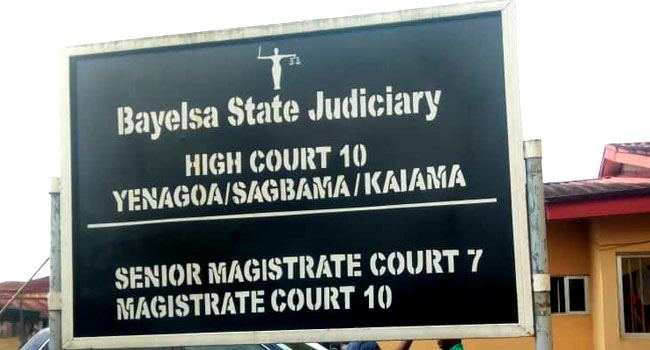 The Sagbama High Court sitting in Yenagoa, Bayelsa State has set aside an interim order stopping the All Progressives Congress (APC) from conducting its governorship primaries in the state using the direct method.

Justice E.G. Umukoro, who presided over the case on Tuesday, said the interim order which he initially granted could no longer stand following argument contained in the application on notice filed by the respondent.

Reviewing the interim order against the position of the respondent, he said the kernel of the application was that the interim order was made without jurisdiction and was at variance with the Electoral Act, as well as the constitutions of the APC and the country.

READ ALSO: ‘We Have Known No Peace’, Leah Sharibu’s Mother, Others Call For Her Release

Justice Umukoro held that the respondent applicant quoted some judicial precedents, including the case of Sylva vs the Peoples Democratic Party (PDP) 2012, and posited that the court lacked the jurisdiction to entertain pre-primary matter of any political party.

The counsel for the second set of respondents to the State Chapter of APC, Micheal Jonathan, and that of the party’s National Working Committee, Samson Ikeke, explained the implications of the judgment.

According to them, the interim order is not sustainable and is set aside as the court acted without jurisdiction.