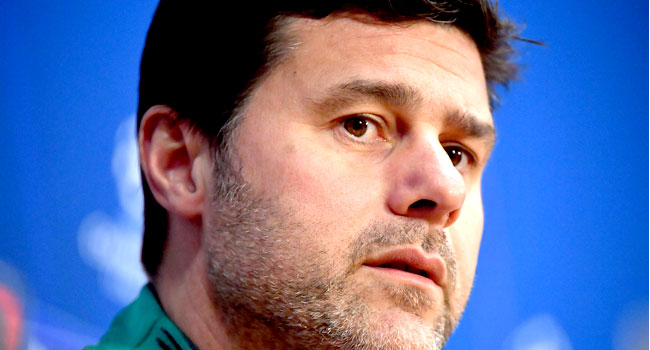 The Bundesliga champions opened their account by beating Red Star Belgrade 3-0 to top Group B ahead of Spurs, who had to settle for a draw against Olympiakos.

Kovac said he was impressed by the job that Pochettino had done, turning Spurs from Europa League also-rans into Champions League finalists.

“It is a very, very positive development,” he said at his pre-match press conference on Monday.

“In 2016 I was here and they were in the old stadium. I was here to watch Tottenham against Swansea, the flair was different, the stadium was smaller, but the atmosphere was strong.

“You can see what it means when you have a good coach, a good manager.

“In my opinion Tottenham have a very positive light in European football, they are now able to compete with the very big teams, even if it didn’t look that way seven or eight years ago.

“They have continuity, he was given time and he has done a great job and that is an example for others.”

Kovac said the pressure would be on 2019 Champions League finalists Tottenham on their own ground rather than on the five-time European champions.

Spurs have struggled this season and were dumped out of the League Cup by fourth-tier Colchester last week but a win against Southampton on Saturday lifted them to fifth in the Premier League table.

“They will definitely give it their all from the first minute, they will try and put us under pressure. This is what British teams do when they play at home.”

Kovac picked out forward Harry Kane as the dangerman, saying the England captain and Bayern forward Robert Lewandowski were among the top strikers in the game.

“The quality he shows in the Premier League and with the English national team, he’s just incredibly good. He has amazing statistics. He’s a player who can do anything,” he said.

“He and Lewandowski are at the moment among the top two, three or four strikers in the world because they are so efficient right now.”