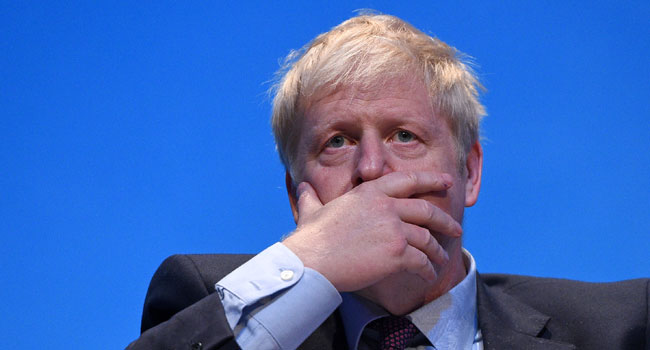 British Prime Minister Boris Johnson suffered a fresh blow on Saturday after another member of his governing Conservatives defected to an opposition party seeking to reverse Brexit.

Former universities minister Sam Gyimah was announced as a new member of the Liberal Democrats at its annual conference in Bournemouth, on the southern English coast.

Gyimah resigned from former premier Theresa May’s government last year over her strategy to take Britain out of the European Union.

He has since been vocal in calling for a re-run of the 2016 Brexit referendum, and is strongly critical of Johnson’s threat to leave the bloc with no deal with the EU on October 31.

READ ALSO: I Will Rather Die Than Delay Brexit, Says Boris Johnson

The 43-year-old was once viewed as a rising star in the Conservatives and briefly ran against Johnson for the party leadership in June.

But he said Saturday: “Boris Johnson created a stark choice for moderate, progressive MPs in the Conservative party — to accept a no deal Brexit or walk away from public life.

“I choose to continue to fight for the values I have always believed in, as a Liberal Democrat.”

He becomes the sixth lawmaker to join the Lib Dems this year, taking their numbers up to 18 MPs in the 650-seat House of Commons.

“It is clear that the Liberal Democrats are the rallying point for people who want to remain in the EU, and who value an open, fair and inclusive society,” party leader Jo Swinson said.

Gyimah was one of 21 Tory MPs who Johnson ejected from the party earlier this month for voting with the opposition against his Brexit plan.

They backed legislation that would force Johnson to delay Brexit if he cannot secure divorce terms with the EU, or persuade MPs to back no deal.

Johnson, who took office in July, says he is working to get an exit deal with Brussels but must be able to leave next month if he fails.