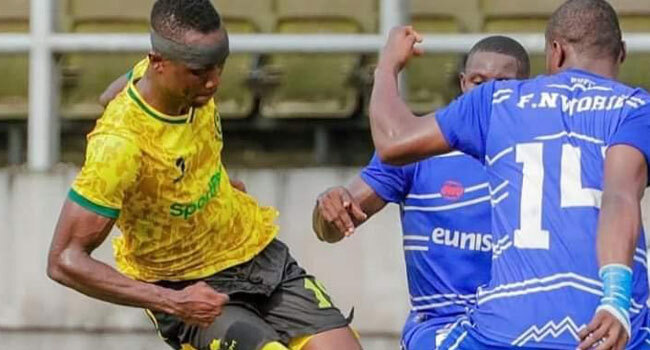 Nigerian club side, Rivers United have completed a double win over Young Africans of Tanzania to book their place in the first round of the CAF Champions League.

Rivers United will face Al Hilal of Sudan in the first round of the competition.

The goal, scored in the 89th minute by the newly signed player from Plateau United Uche Onwuasonaya, gave the Pride of Rivers a 1-0 to progress 2-0 on aggregate.

It was a tight encounter at the Adokiye Amiesimaka Stadium in Port Harcourt, but coach Stanley Eguma’s second half substitutions made the difference.

In the first leg of the preliminary round game played in Dar es Salam, Moses Omoduemuke scored a crucial goal to give Rivers United a lone goal victory to consolidate upon in the second leg and they did just that.

At the Samson Siasia Sports Stadium in Yenagoa, Bayelsa United defeated Ashanti Golden Boys of Guinea 4-2 in the first leg preliminary round of the CAF Confederation Cup.

Goals from Favour Martins, Emo James and a brace by Okardi Inikurogha did the job for the Aiteo Cup champions.