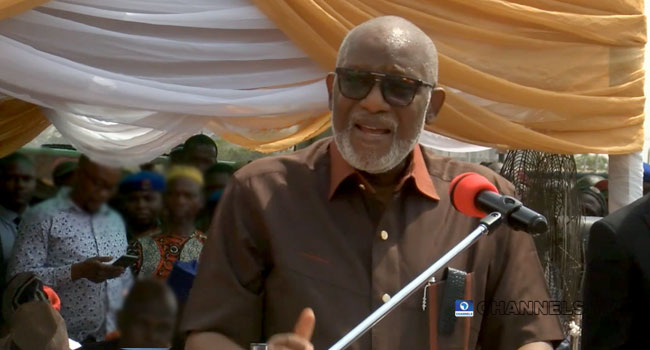 The Ondo State Government has directed all civil servants from grade levels 1 to 12 to stay at home in order to control the spread of the COVID-19.

According to a statement on Monday, the government through its spokesman, Donald Ojogo, banned all political, social and religious gatherings for at least 14 days.

The statement reads, “Government hereby places a total ban on all political, social and religious gatherings in the state for 14 days in the first instance.

“Gatherings at clubs, pubs are prohibited until further notice.

“All civil servants from Grade Levels 01-12, except those on essential duties as may be determined by their respective accounting officers and chief executives, are hereby advised to stay at home for now.”

The Ondo State Government stated that in its strong resolve to stem the influx of an undeterminable number of persons in their hundreds into the State especially from unverifiable areas, it has already directed the Commissioner of Police and heads of other security agencies to enforce all regulations in respect of crowd control as spelt out by the Government.