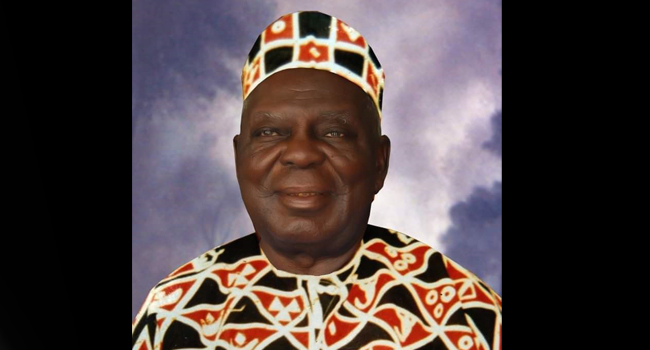 Governor of Taraba State, Darius Dickson Ishaku, has expressed shock and sadness over the passing of His Royal Majesty, Dr Shekarau Angyu Masa-Ibi, Aku Uka of Wukari, who is also the chairman of the Taraba State Council of Chiefs.

In a statement on Sunday, Governor Ishaku described the late Aku Uka as a foremost paramount ruler whose reign brought peace, unity and prosperity to Wukari, and the entire ancient Kwararafa Kingdom.

He described his reign as a period of self-discovery for the Jukun people of their strategic place in history as well as their role in the promotion of modern civilisation in Nigeria and beyond.

Speaking further, he noted that the traditional ruler had a rare sense of history, adding that his demise has robbed Taraba State and Nigeria of the benefits of his wise counsel which he offered very.

Governor Ishaku prayed to God for the repose of his soul.

Masa-Ibi died late on Saturday night in his house after a brief illness at the age of 84.

The deceased was the 27th Aku-Uka of the Kwararafa Empire and 13th since the founding of the Wukari federation, a Jukun traditional state in Middle Belt Nigeria.