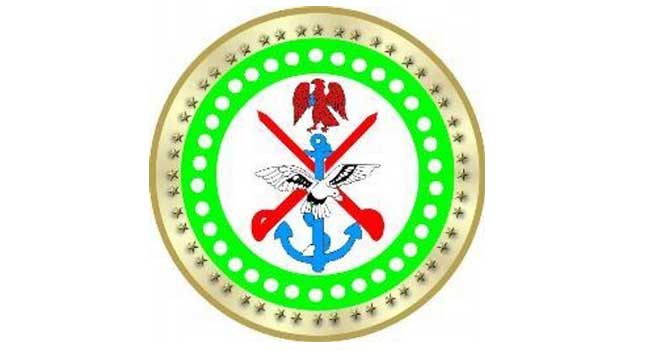 The Defence Headquarters has denied reports that troops of the Armed Forces of Nigeria are arbitrarily detaining children in its facilities in the North East.

The DHQ in a statement by it’s Acting Director Defence Information, Colonel Onyema Nwachukwu said that children used as suicide bombers by terrorists are arrested, managed and treated as victims of war and not as suspects.

This is a reaction to a report by the Human Rights Watch, accusing the Armed Forces of Nigeria arbitrarily detaining children. The DHQ added that the apprehended children are adequately fed, profiled and de-radicalized before their release, as captured by the civil society group in its report.

“It is an established fact that Boko Haram Terrorists (BHTs) indoctrinate women and children who they use as suicide bombers in the theatre of operations. In the conduct of their operations, troops arrest these children while attempting to detonate explosives and provide tacit support to insurgents such as intelligence on troops’ movement and deployments.

“Contrary to HRW claims, however, the AFN manages children in the North East theatre as victims of war and not as suspects. Apprehended children are kept in secured places, where they are adequately fed, profiled and de-radicalized before their release.”

The statement added that only profiled Boko Haram and ISWAP terrorists are held in detention pending their prosecution by appropriate prosecuting agencies.

It also stated that another set of children are the ones found with some adult female Boko Haram terrorists arrested in terrorists’ enclaves during combat, and in such cases, the women opt to keep their children rather than hand them over to relations.

“While the female terrorists are kept in the detention facility, their children are given protected care in a welfare holding facility, not a detention facility, where they could be accessed by their mothers under supervision by female personnel. The children are provided with regular feeding, clothing, requisite medical attention, in-house spiritual and educational tutoring and other welfare needs.

“The DHQ, therefore, wishes to state that no children are kept and tortured in any detention facility. The children caught in the act of terrorism are moved to safe facilities such as the Borno State Rehabilitation Centre in Bulunkutu, Maiduguri, and Operation SAFE CORRIDOR, where they are de-radicalized, rehabilitated and reintegrated into the society. Those whose families could not be traced are handed over to IDP Camps officials for administration.”

The DHQ also maintained that terrorists and insurgents killed in combat cannot be regarded as extrajudicial killing.

“The AFN is a professional military with extant doctrines and Standard Operating procedures, hence, extrajudicial killing or summary execution is an aberration and not permissible in our operational engagements.”