Twelve governors of the Peoples Democratic Party (PDP) including the Deputy Governor of Zamfara State have held a meeting at the Government House in Port Harcourt, Rivers State capital.

Thirteen governors were expected for the meeting. Edo State Governor Godwin Obaseki was the only one absent at the time of this report.

The National Chairman of the party, Iyorchia Ayu was later invited to join after the meeting started. 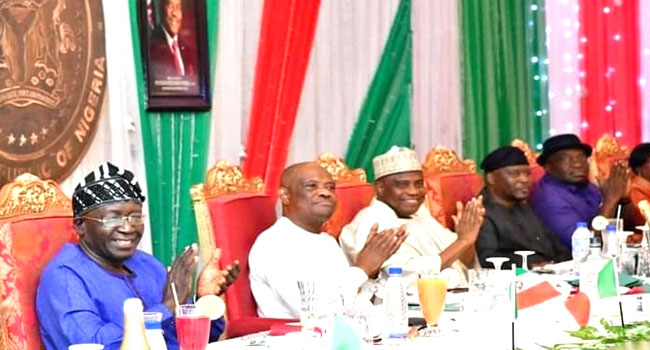 Also, Mardi Gusau, the Deputy Governor of Zamfara State whose Governor is a member of the All Progressives Congress (APC) was at the meeting.

They were all hosted by Rivers State Governor Nyesome Wike.