The Guards of Honour on Saturday performed the 21-gun salute for Late Chief of Army Staff, Ibrahim Attahiru.

The burial ceremony was held at the National Military Cemetery, Abuja.

Ten other officers were buried alongside the COAS.

The officers died on Friday, in a Beachcraft 350 aircraft at the Kaduna International Airport due to bad weather.

The news of their death threw the nation into mourning with President Muhammadu Buhari describing them as “heroes who paid the ultimate price for peace and security in the land.”

The President pledged that their death would not be in vain, condoling with the families of the deceased, the military, and Nigerians in general.

A 21-gun salute is the most commonly recognized of the customary gun salutes that are performed by the firing of cannons or artillery as a military honor. 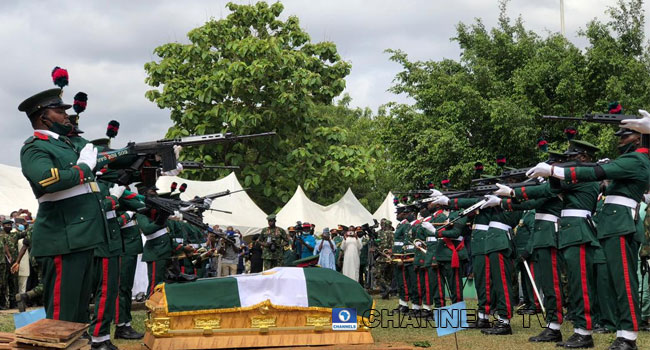 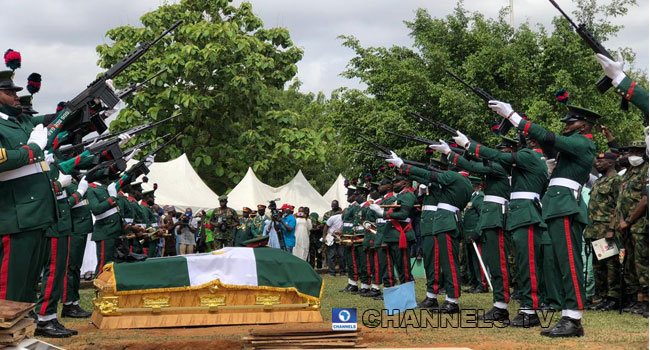 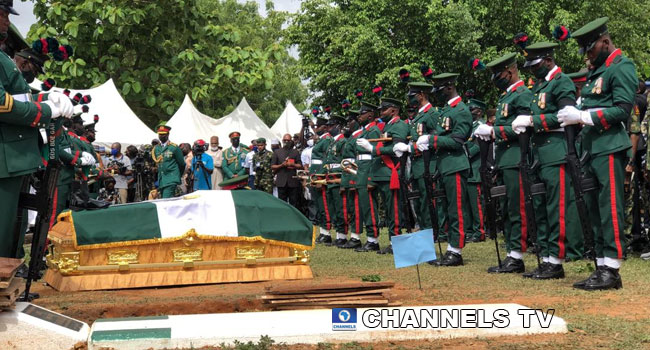