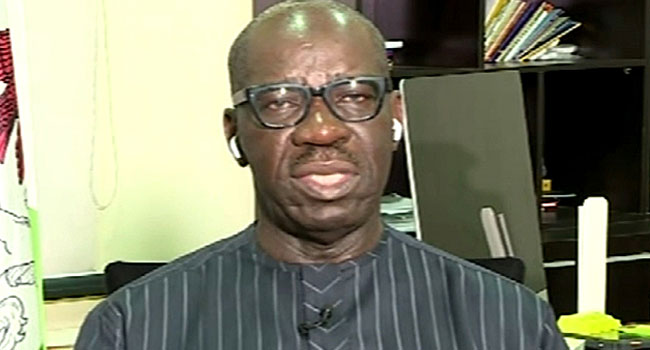 Governor Godwin Obaseki has said that he will not fail to reach out to his predecessor, Comrade Adams Oshiomhole if he believes that the former APC Chairman has something tangible to contribute to the growth of Edo State.

Obaseki stated this while appearing as a guest on Channels Television’s Politics Today.

“If I find out that he (Adams Oshiomhole) has anything to contribute as a citizen of Edo, sure, I would reach out to him,” Obaseki stated.

The governor however noted that at this point in time, he doesn’t see any positive contribution that Oshiomhole can make.

Speaking further on reconciliation and healing efforts following his re-election, Governor Obaseki said his main opponent in the recently conducted Edo guber race, Pastor Osagie Ize-Iyamu, is yet to reach out to him.

Mr.Obaseki however stated that there is no bitterness, adding that he has said it on several occasions that Ize-Iyamu should work with the present government.

“If he reaches out to me, I will embrace him and if he has anything positive to contribute to our government we will welcome such contributions,” Obaseki said.