The Independent National Electoral Commission (INEC) has released the timetable and schedule of activities for the governorship elections in Edo and Ondo State.

This comes moments after the electoral umpire announced the date to conduct the elections in both states.

INEC Chairman, Professor Mahmood Yakubu, made the announcement on Thursday at a press briefing held at the commission’s headquarters in Abuja, the nation’s capital.

According to him, INEC will conduct the poll in Edo on September 19 while that of Ondo will take place on October 10, 2020.

In Edo, political parties would conduct primaries between June 2 and 27 while the exercise would hold between July 2 and July 25 in Ondo.

Similarly, public campaigns by various parties in Edo would begin on June 21 in Edo and July 13 in Ondo, while they are expected to end two days to the elections in both states.

INEC also released the timetable and schedule of activities for the by-elections in three states.

See the infographics released by INEC below: 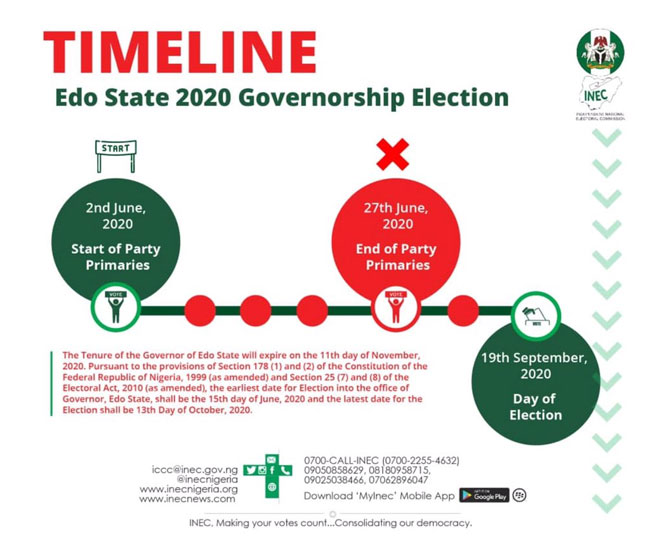 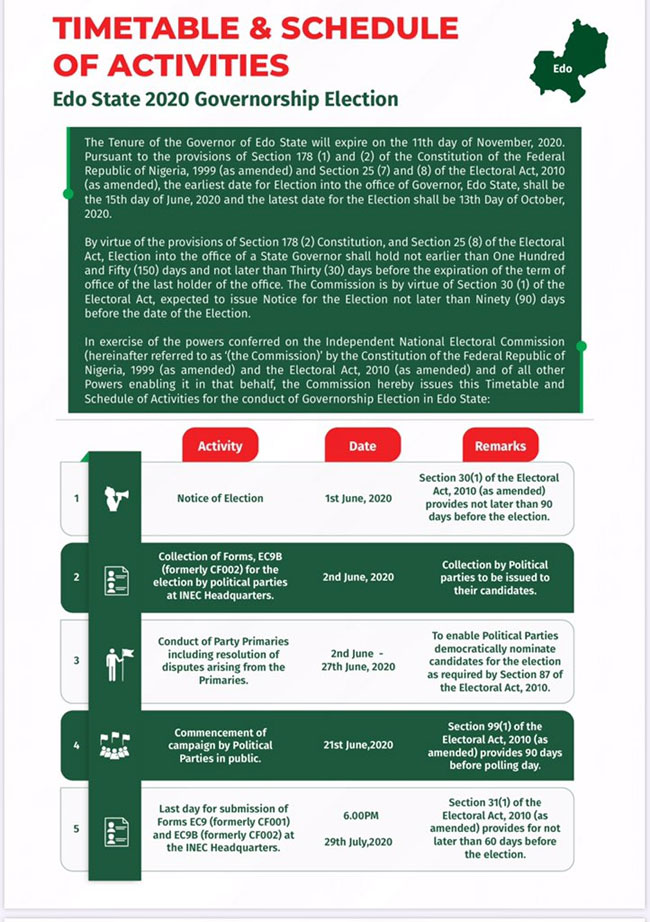 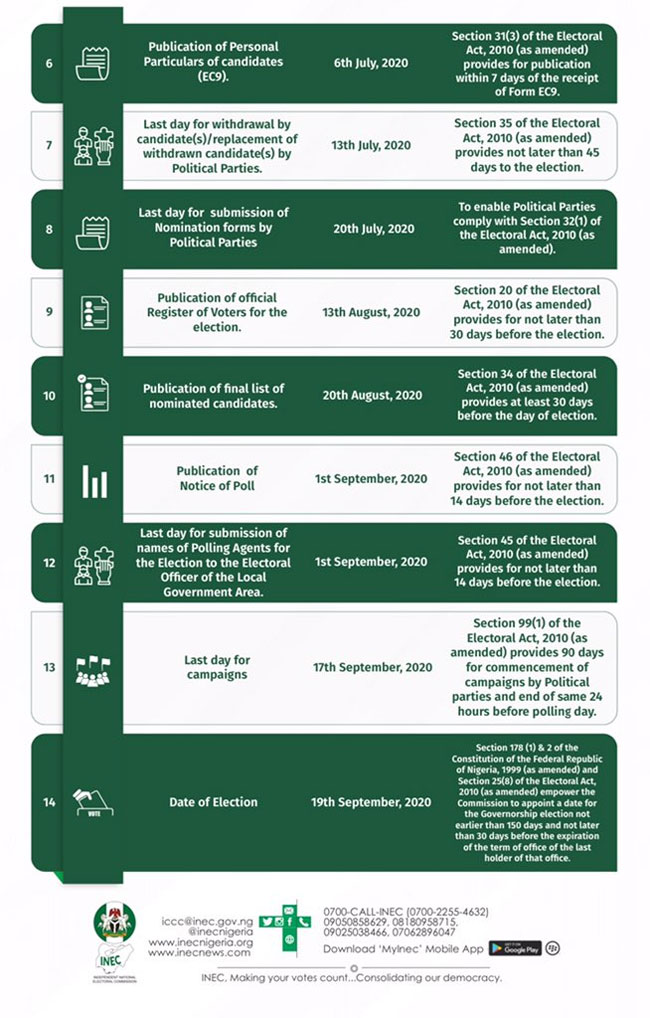 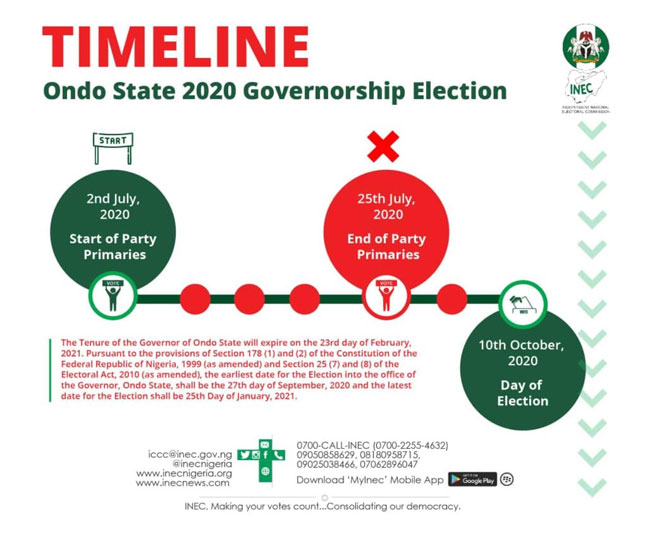 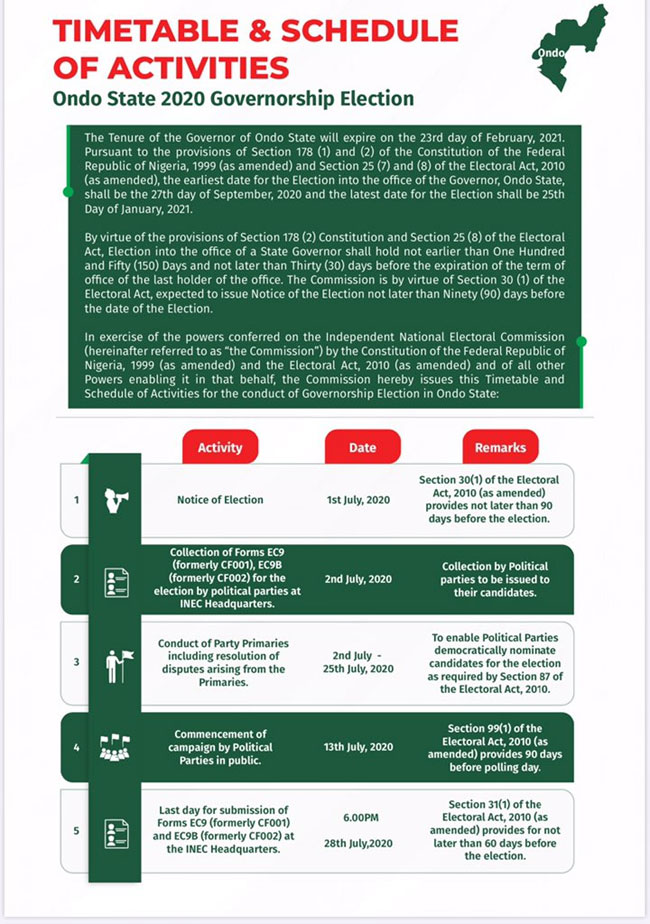 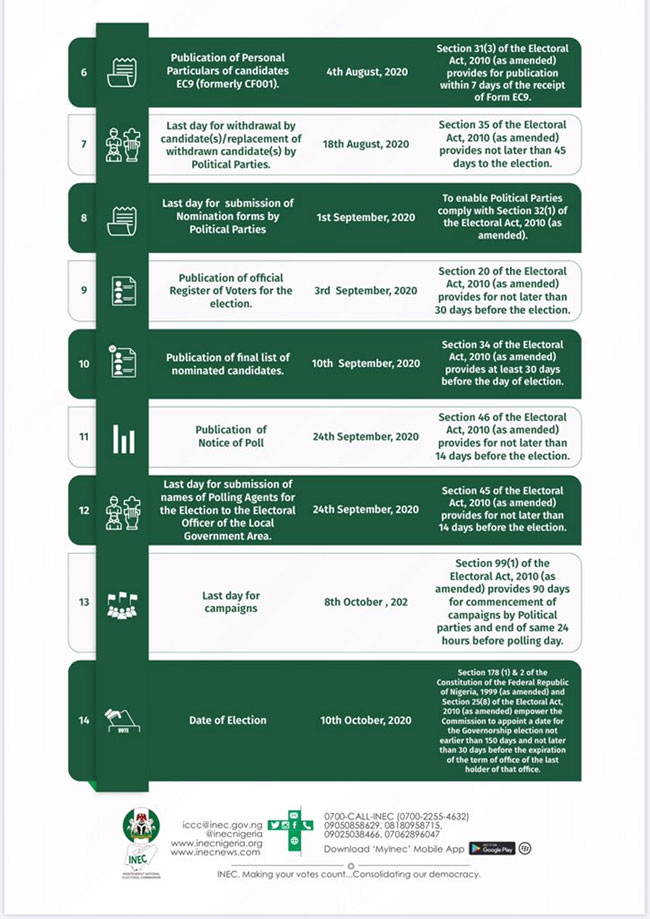 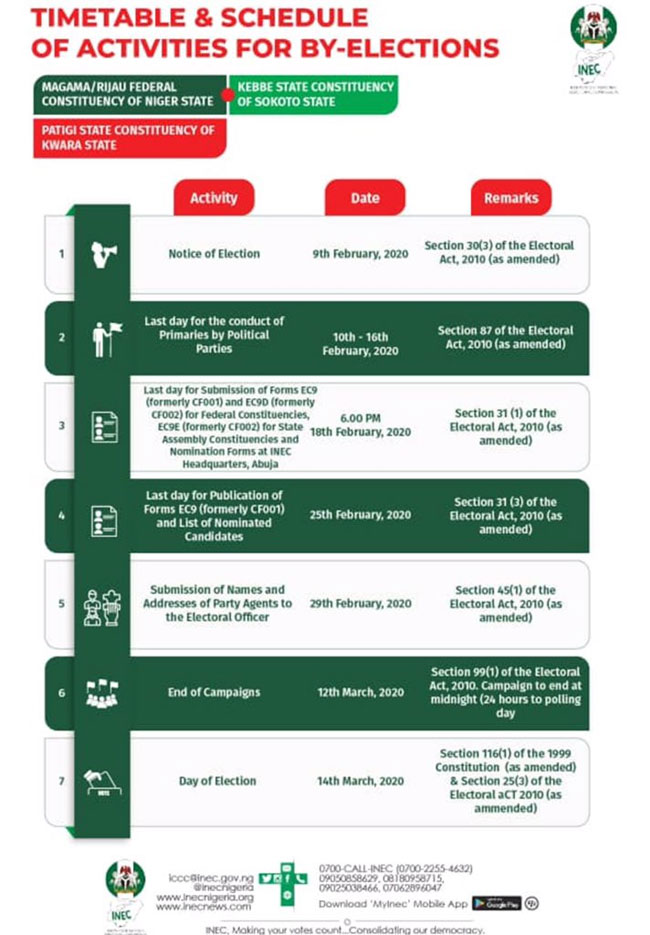