The United Nations is worried about the activities of Boko Haram insurgents at various checkpoints in the North-East.

With the recent trend, UN Humanitarian Coordinator in Nigeria, Mr Edward Kallon, believes the people in the region and aid workers there are more exposed to attacks by the terrorists.

“I am extremely worried by the increasingly insecure environment that humanitarians are working in to provide urgent and vital assistance to civilians affected by the crisis,” he said in a statement on Thursday.

Kallon added, “The humanitarian community is troubled by the increased trend in vehicular checkpoints set up by non-state armed groups along main supply routes in the states of Borno and Yobe.

“These checkpoints expose civilians and humanitarians to heightened risks of being killed or abducted.” 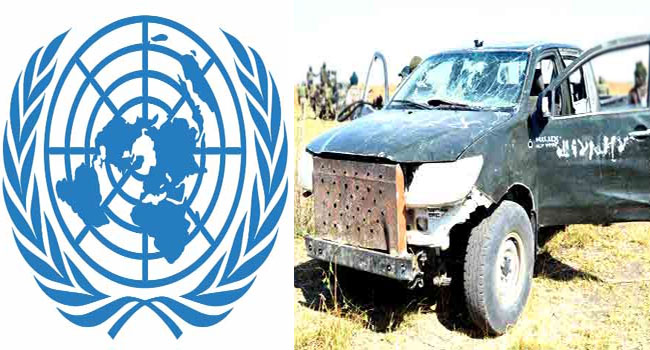 The UN envoy also decried the spate of attacks on aid workers providing support to victims of insurgency in the region.

He disclosed that a total of 12 humanitarian workers were killed last year, stressing that the figure doubled the number recorded in 2018.

Kallon blamed the killings on the environment in which aid workers carry out their duties, insisting that the level of insecurity in the region has been on the rise.

He, therefore, called on the Nigerian Government and all relevant agencies to protect the residents and aid workers from “grave violations” of international laws.

Aid workers and the assistance they provide to the most vulnerable populations, according to him, make the difference between life and death for entire communities in crisis-affected Borno, Adamawa and Yobe States.