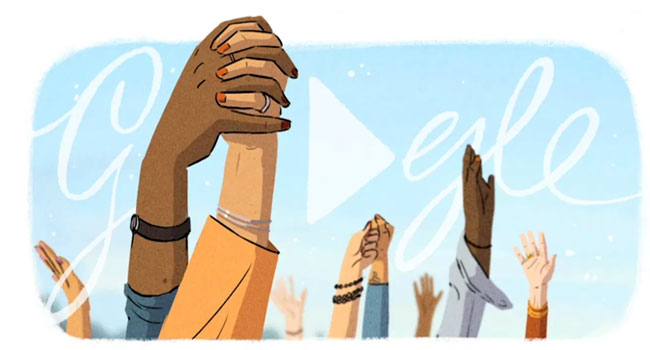 In honour of women who have made a difference through the years, Google is giving a ‘big hand’ to honour this year’s international women’s day.

The tech giant is celebrating the annual celebration today with an animated doodle that highlights women’s “firsts” in history.

In the past year, “the first woman” was searched more than ever. For #WomensHistoryMonth, we’re celebrating the firsts and the many they inspire. See more firsts and learn about Google’s commitments to gender equality at https://t.co/YsRtsmgLhN #FirstOfMany pic.twitter.com/9611KiNHD4

The Google doodle shows images of ‘raised hands’ which according to the tech giant symbolises hands that opened the doors for women today, including those of the first women to cast a vote and other activists.

The video version of the Google Doodle honours and pays homage to many of the trailblazers opening doors and paving the way for generations of women around the globe.

We are #GenerationEquality and we are impatient for an equal future.

On #InternationalWomensDay join us in taking action: https://t.co/I7sBstDq9R #IWD2021 pic.twitter.com/kfQWFvWvPg

March 8 marks International Women’s Day every year, a day to celebrate the achievements of women and raise awareness about gender equality.