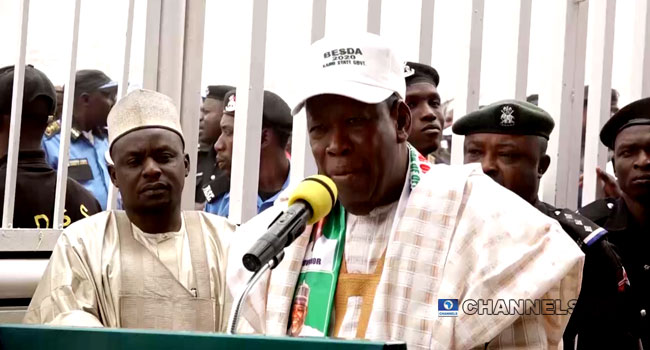 Kano State Government has banned street begging of children in a bid to fully consolidate the free and compulsory primary and secondary schools education policy in the state.

Governor Abdullahi Ganduje made this known during the launch of Basic Education Service Delivery for All (BESDA) and the Distribution of Offer of Appointment to 7,500 volunteer teachers, held at Sani Abacha Stadium, Kofar Mata, on Tuesday.

Lamenting on the ugly situation of the social menace, Governor Ganduje stressed that the parents and/or guardians of the children would be taken to court for disrespecting our laws.

“This policy of free and compulsory basic and secondary education goes along with the integration of our Almajiri system into the mainstream policy implementation; which suggests that English and Arithmetic must be included in the Almajiri School’s curriculum.

“While they will continue acquiring their study of the Holy Qur’an, they would at the same time, learn English and Arithmetic, which will give them an opportunity to continue with their studies to secondary schools and beyond.

“It is not only that the beggar is caught, his parents and/or guardians. Such parents or guardians would be taken to court for disrespecting our laws,” he insisted. 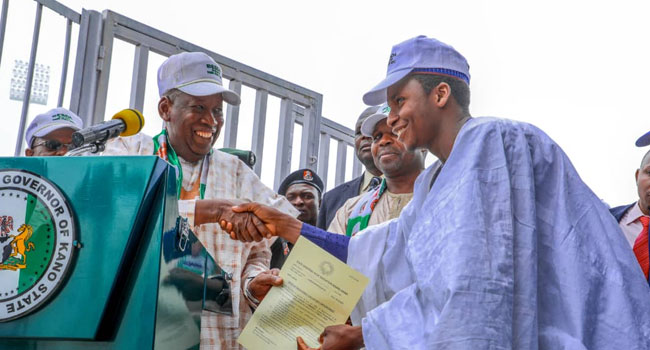 A total number of 7,500 newly recruited teaching volunteers under the BESDA programme were employed and given letters of appointment.

Governor Ganduje warned that any Almajiri teacher with pupils under the Almajiri school arrangement must accept the new approach put in place by the state government, adding that, “If you think you cannot accept that, then you leave the state.”