Tragedy struck in Kano metropolis when a train crushed a truck and a commercial tricycle in the north-western state.

The accident, which occurred on Sunday afternoon, left an unspecified number of passengers are feared dead.

Channels Television gathered that the accident the truck was loaded with about 300 bags of cement and the tricycle conveyed four passengers.

At the accident scene, the truck belonging to a cement company was seen upside-down with cement littered all over the rail tracks, while the tricycle was also seen crushed with broken glasses and tricycle parts on the rail tracks.

Residents of the area, who witnessed the accident scene, said efforts were made to flag down the trailer but it was not fruitful.

The source explained that the train hit the vehicle and the tricycle simultaneously when the driver of the trailer attempted to cross the rail line.

“What happened is that the train was already at a very high speed. I was beckoning on the truck driver to stop, warning him of the impending danger but he did not listen. Before you know it, the terrible accident occurred. I can’t say how many people died but it was very ghastly,” the source, who gave his name as Ahmed Adam, said.

Another eyewitness, Musa Danna, blamed the accident on overspeeding on the part of the truck driver.

“The train crashed into the truck, it lost control and crushed the tricycle. The train couldn’t stop, I couldn’t continue looking at the scene. It was so heartbreaking, and I walked away.”

See more photos from the accident scene below: 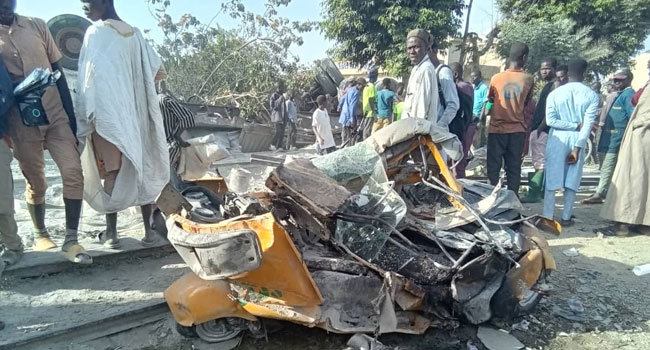 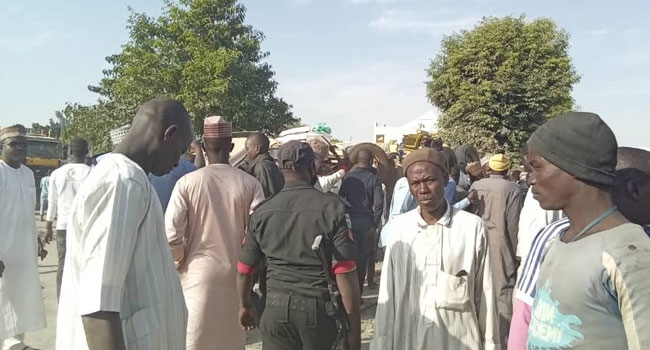 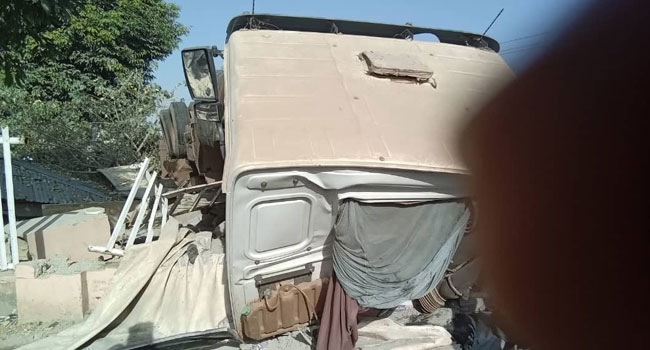 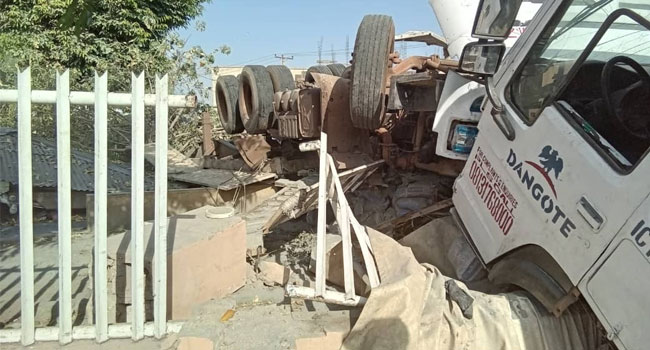