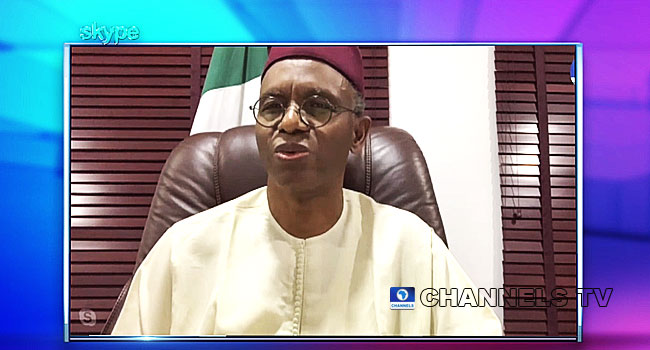 The Kaduna State Governor, Nasir El-Rufai, has said that the Northern Governors Forum is determined to bring an end to the Almajiri system in the region.

The governor said this on Wednesday during an interview on Channels TV’s Politics Today, while explaining the repatriation process.

According to him, part of the steps agreed upon to end the system was to repatriate all almajiris back to their states of origin.

Speaking further, the governor noted that 169 almajiris have been brought back to the state since repatriations began.

65 out of the 169, according to him have tested positive for the coronavirus.

The governor stated that although the situation was not pleasant, the state is happy to receive them.

“We are ready to face anyone that wants to confront us on this matter,” he added.

Read Also: 65 Out of 169 Almajiris Brought Back To Kaduna Tested Positive For COVID-19 – El Rufai

The governor stressed that they didn’t reach the decision just because of the COVID-19 but the plan had been in the pipeline all along and the emergence of the pandemic has only helped to fast-track the process.

Another step which the governors took was to review a law to prohibit the system.

“Today, we reviewed a law that would formally prohibit this system. We are not just abolishing the system, we are telling the parents of the children that they must go to school when schools re-open and we have tracked each and every one of the parents and counsel them on parental responsibility.

“It is a long process, but the children will go to school. They must go to school at least in Kaduna State, I can assure you of that,” he said.