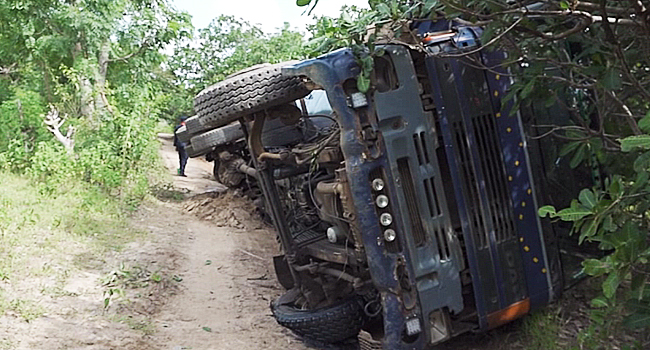 The Kwara State Command of the Nigeria Security and Civil Defence Corps (NSCDC), has intercepted a tanker loaded with petrol illegally drawn from the NNPC pipeline at Laduba Village in Asa Local Government Area of the state.

Men of the NSCDC were on patrol on Friday when they ran into the tanker drivers perpetrating the illegal act.

According to the state NSCDC Commandant, Iskil Makinde, the men equally wanted to vandalise the pipeline before they were intercepted.

The drivers were said to have attempted to run away with the tanker but the vehicle tumbled in the process, after which the drivers took to their heels.

Makinde warned vandals to stop their acts, stressing that the command is prepared to go any length to protect critical national assets.