Following approval by the Nigerian Civil Aviation Authority (NCAA) for the operation of Boeing 737-700 aircraft or its equivalent at the Anambra International Airport, in Umueri, Governor Willie Obiano has welcomed passengers on board the first Embraer 195-e2 aircraft at the airport.

The aircraft landed with 124 passengers from Lagos and the governor welcomed the passengers, including the pilot, with a handshake.

The aircraft, from Air Peace Airline, one of the frontline carriers in Nigeria landed safely, from Lagos at Anambra International Cargo and Passenger Airport, Umueri.

According to the governor, this development marks a major breakthrough for the airport.

“This is a great day and that is why I came to welcome the first set of passengers that landed on this aircraft using a bigger plane,” he said.

The traditional ruler of the host community is also delighted at this development, appreciating the efforts of Governor Obiano.

“We cannot thank the governor enough for the developmental projects he cited in Umueri, not only the airport but some other projects. We cannot thank you enough,” he said at the event.

As the gathering is documented with photographs, another large aircraft is expected to land and the state government says two airlines have begun operations at the airport while many more are on the verge of commencement.

See more photos from the airport below: 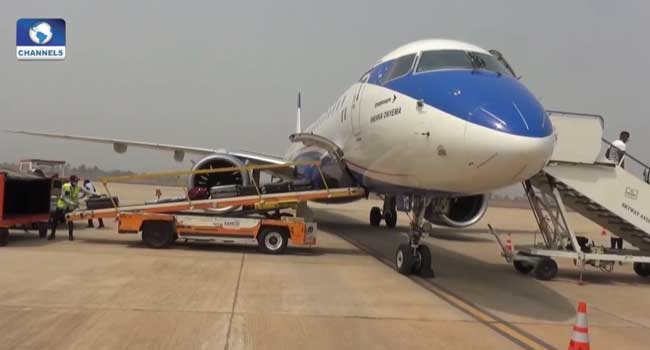 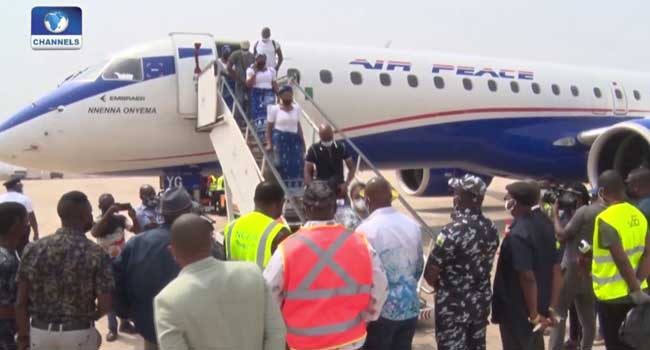 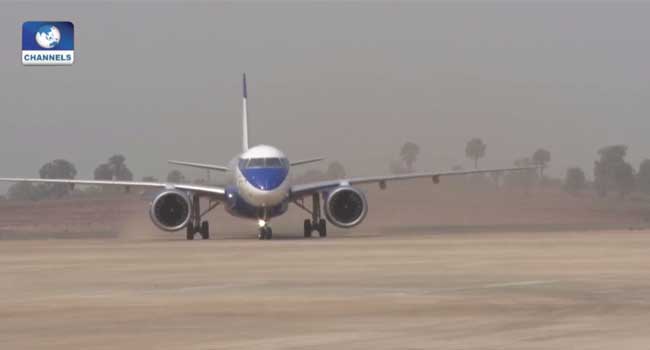 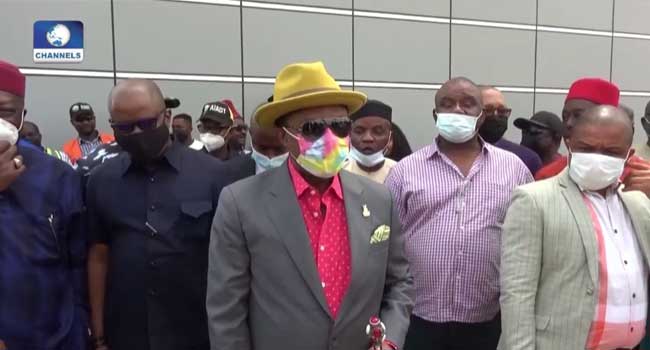 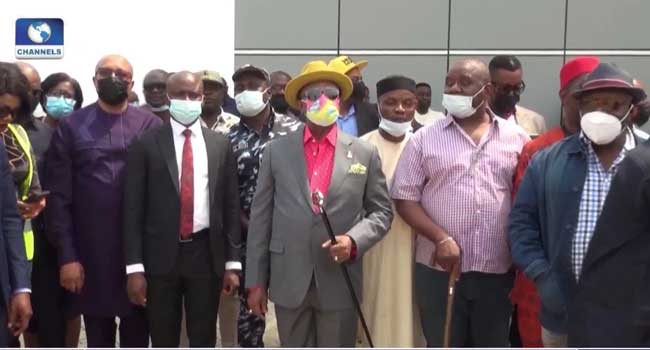