The convention which is scheduled for today and tomorrow is a crucial part of the party’s preparation for the 2023 elections in the country.

National party officials, governors, ex-governors, and other bigwigs of the party are currently at Eagle’s Square in preparation.

According to our political correspondent, Seun Okinbaloye, who is at the venue of the convention most of the positions up for grabs will be filled via consensus.

However, some three positions are still under contestation.

Chairman of the organising committee of the convention, Governor Ahmadu Fintiri had earlier on Friday said efforts are on to reconcile most of the contestants.

“We are expecting 3600 delegates tomorrow. Most of the positions, as of today, except for three will not be contested. We are still talking with those contesting,” Fintiri said on Friday.

Before this convention, the main opposition party have been faced with disagreements and legal tussles.

Former chairman Uche Secondus had sought to halt the convention over his suspension from the party.

But on Friday, the Appeal Court in Port Harcourt, Rivers State granted the party the right to hold the convention in a suit brought by Secondus.

Although Mr Secondus has vowed to appeal the ruling, the convention is poised to proceed. 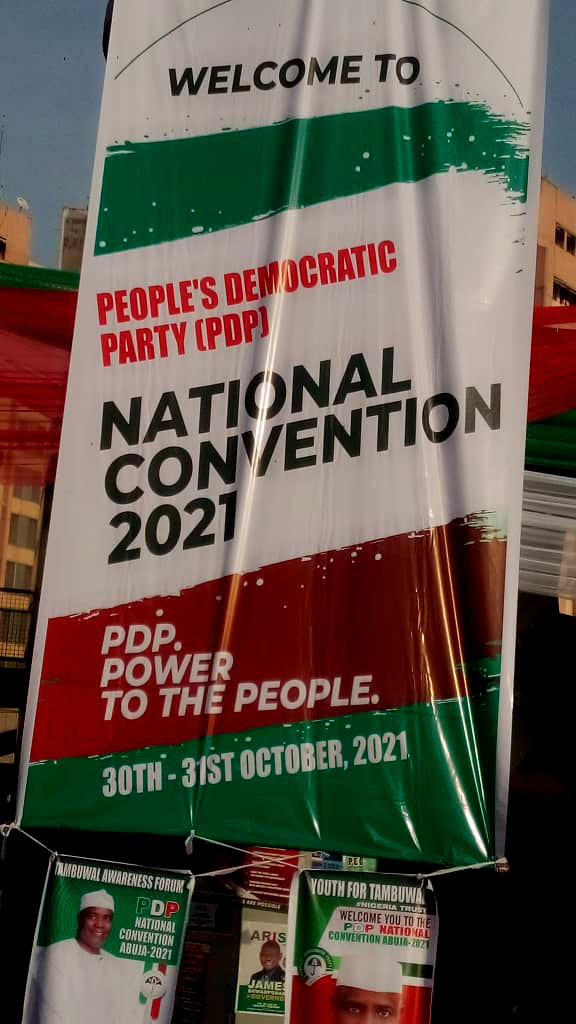 Rivers State Governor, Nyesom Wike, backed the ruling of the Court of Appeal, describing it as a victory for the party.

“It is a victory for every member of PDP,” Wike told reporters. “It is a sign that PDP is prepared for 2023.”

The Governor said Mr Secondus had already handed over his chairmanship to PDP National Deputy Chairman (South), Yemi Akinwonmi, and had no right to seek the postponement of the convention.

“We will not allow any individual or groups to derail the rescue mission of the PDP,” he said. “The title of our convention is ‘Join us to rescue Nigeria’.

“Nigeria is in problem and we cannot do it alone. We require everybody to work with us for collectively and see how this country can be rescued.

“So, if there is anybody or group who are being used to derail us, PDP will not take it lightly. We are serious about it and nothing will stop us from rescuing this country.

“PDP should be thanking God Almighty. We should be jubilating and praising God for bringing unity to this country.”

He also noted that the Court of Appeal judgement granted PDP an “unrestrained” right to hold the convention, making any other court judgement obtained to halt the process irrelevant.