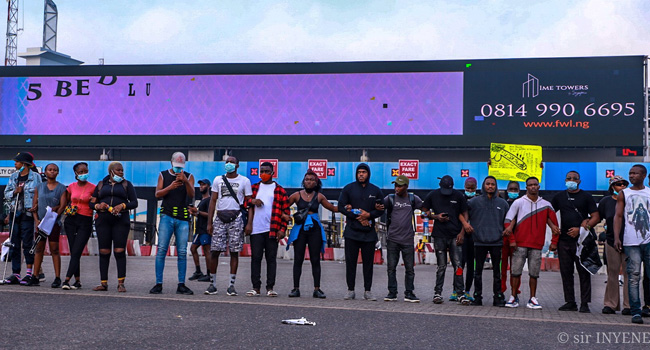 #EndSARS protesters at the Lekki Toll Gate area of Lagos on Saturday nabbed and handed over a co-protester, for stealing a phone.

According to a statement by the Police Public Relations Officer at the Lagos State Command, SP Olumuyiwa Adejobi on Sunday, the protesters who were angry about the incident descended on him and beat him up, before they agreed to hand him over to the police at Maroko Police Station.

Adejobi, however, noted that the stolen phone has not been recovered as the suspect passed it on to his fleeing gang members.

He said the Force is working on the useful information gathered from him to track down his gang members who are at large.