Operatives of the Department of State Services (DSS) on Friday morning re-arrested the convener of #RevolutionNow, Omoyele Sowore, and his co-defendant Olawale Bakare.

They are currently being detained at the DSS office in Abuja.

The DSS is yet to disclose the reason for the re-arrest.

Sowore was re-arrested following an earlier attempt by DSS operatives to arrest him inside the courtroom of a Federal High Court in Abuja.

See photos of his re-arrest below… 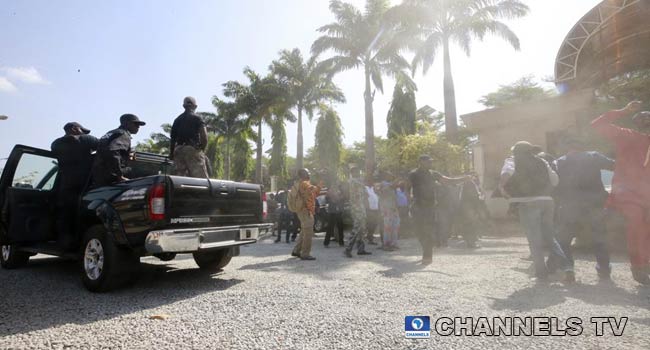 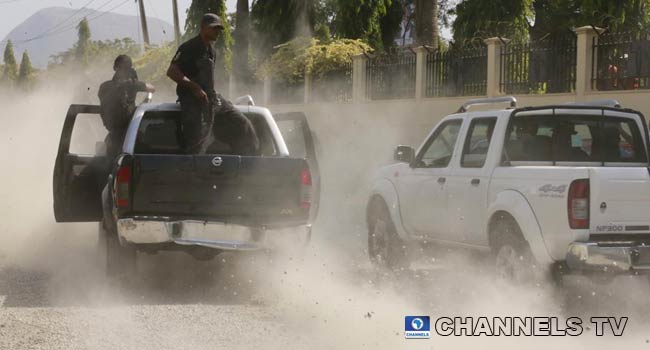 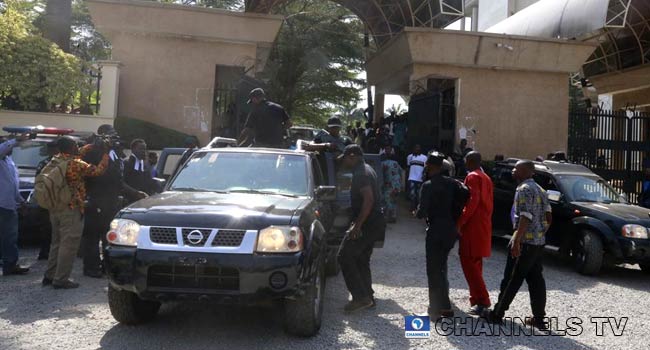 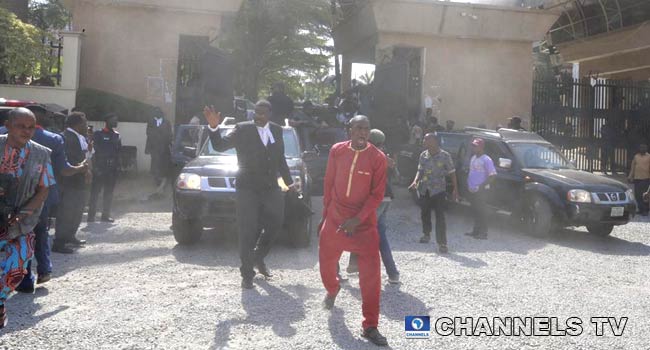 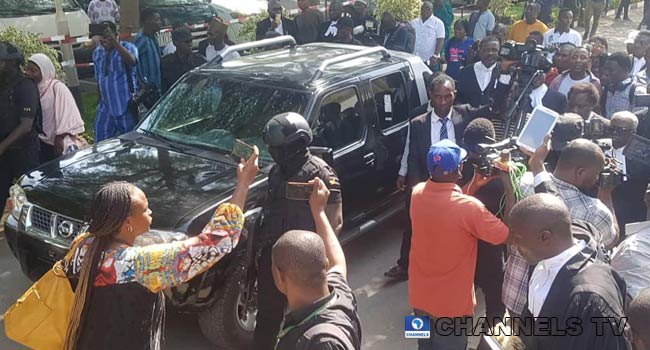