Vice President, ProfessorYemi Osinbajo has arrived in the United Kingdom to attend a United Nations High-Level event on the Energy Transition in Africa agenda with a special focus on Nigeria.

Professor Osinbajo will be representing President Muhammadu Buhari at the event which is set to hold at the Imperial College, organized by UN-Energy ahead of the UN Climate Conference COP26 which would be hosted by the United Kingdom in Glasgow, Scotland.

He was received by the Nigerian High Commissioner to the UK, Ambassador Sarafa Tunji Ishola amongst other dignitaries. 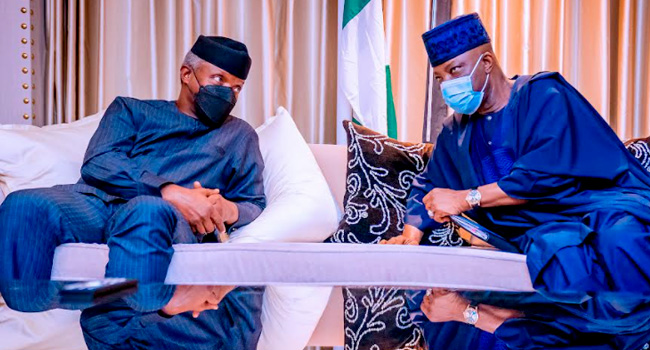 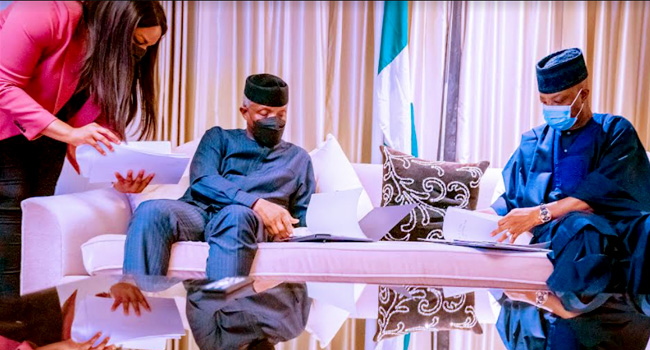 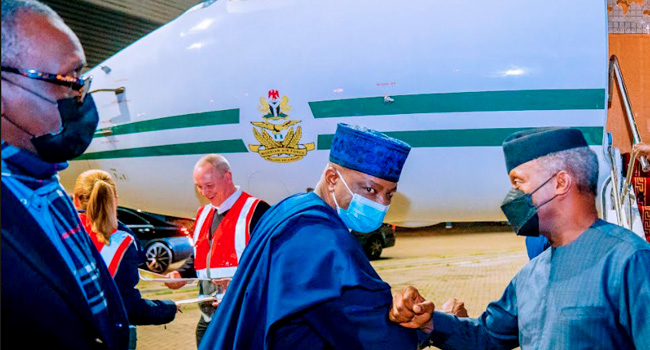 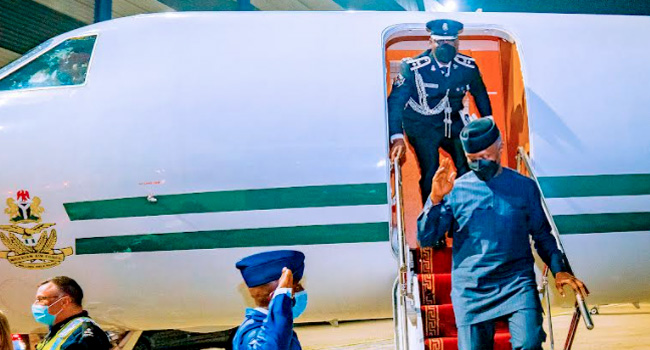