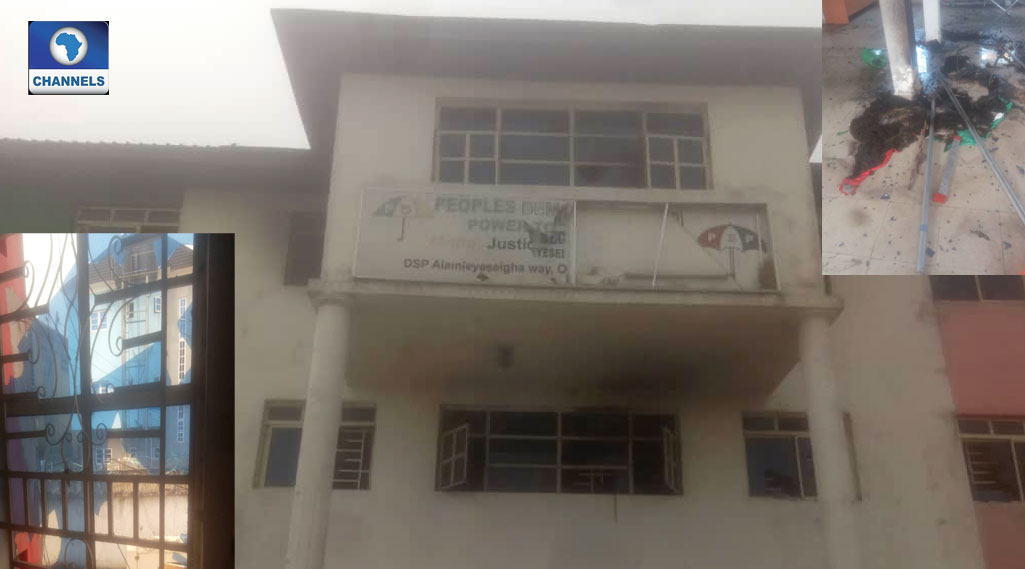 Some angry protesters suspected to be loyal to the All Progressives Congress (APC) on Friday attacked the Peoples Democratic Party (PDP) secretariat in Yenagoa, Bayelsa State capital, destroying properties.

The attack follows the issuance of Certificate of Return to Senator Douye Diri of the PDP by the Independent National Electoral Commission (INEC) in Abuja, on Friday.

INEC Chairman, Mahmood Yakubu told journalists during a briefing in Abuja that Diri was declared the winner of the November 2019 election after top INEC officials met to review the results of the election, without the votes of the APC which have been voided by the court.

“The total votes cast after excluding those of the APC now stand at 146,999. PDP polled 143,172 and scored 25 percent as required by the law,” Yakubu said during the briefing.

See photos from the secretariat below… 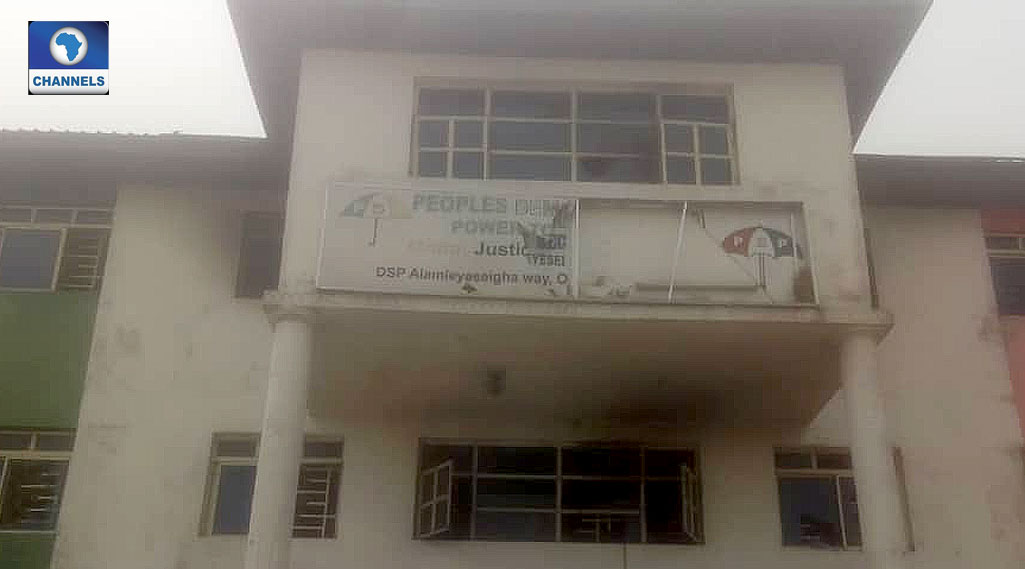 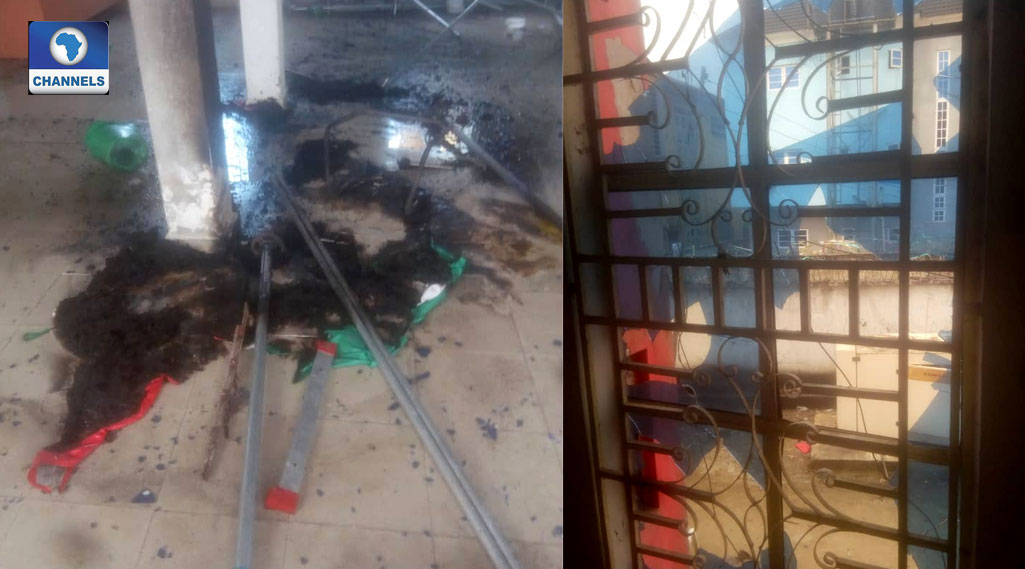 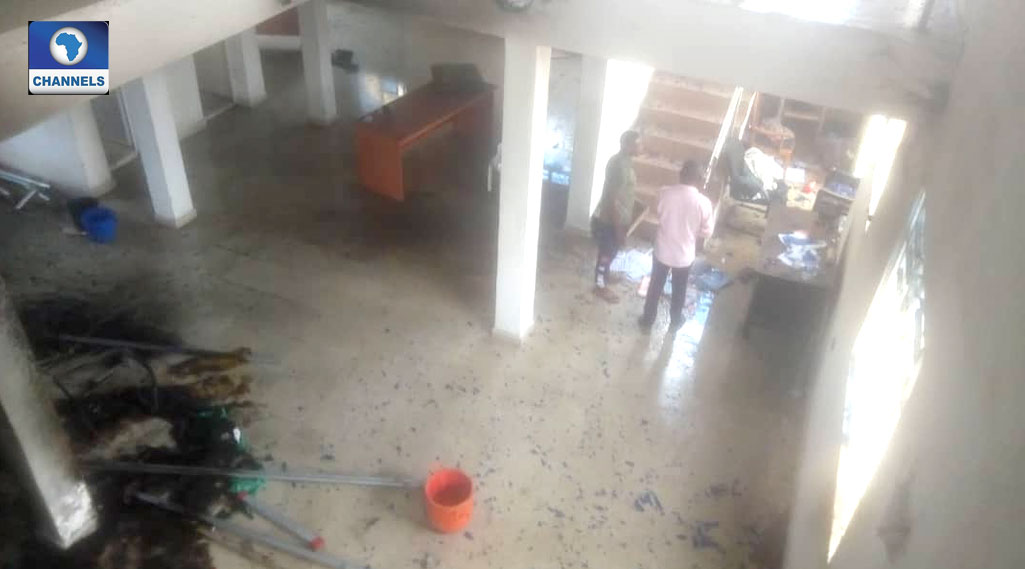