Some leaders of the All Progressives Congress (APC) from the South West on Tuesday paid a condolence visit to President Muhammadu Buhari.

The President received the leaders, who came to sympathise with him on the death of the late Chief of Army Staff, Lieutenant General Ibrahim Attahiru, and other military officers, at the Presidential Villa in Abuja.

Attahiru, who was appointed as the Chief of Army Staff in January, died in a plane crash in Kaduna on Friday last week alongside 10 other personnel of the Nigerian Army and Nigerian Air Force.

The remains of the late military personnel were later laid to rest amid tears on Saturday at the National Military Cemetery in Abuja.

In honour of the deceased, President Buhari directed that the national flag be flown at half-mast from Monday to Wednesday in all public buildings, facilities, and official residences across the country.

He had also approved Monday as a work-free day for members of the Nigerian Armed Forces.

Highlights of the visit by Tinubu and other APC leaders to the Villa are captured in the pictures below: 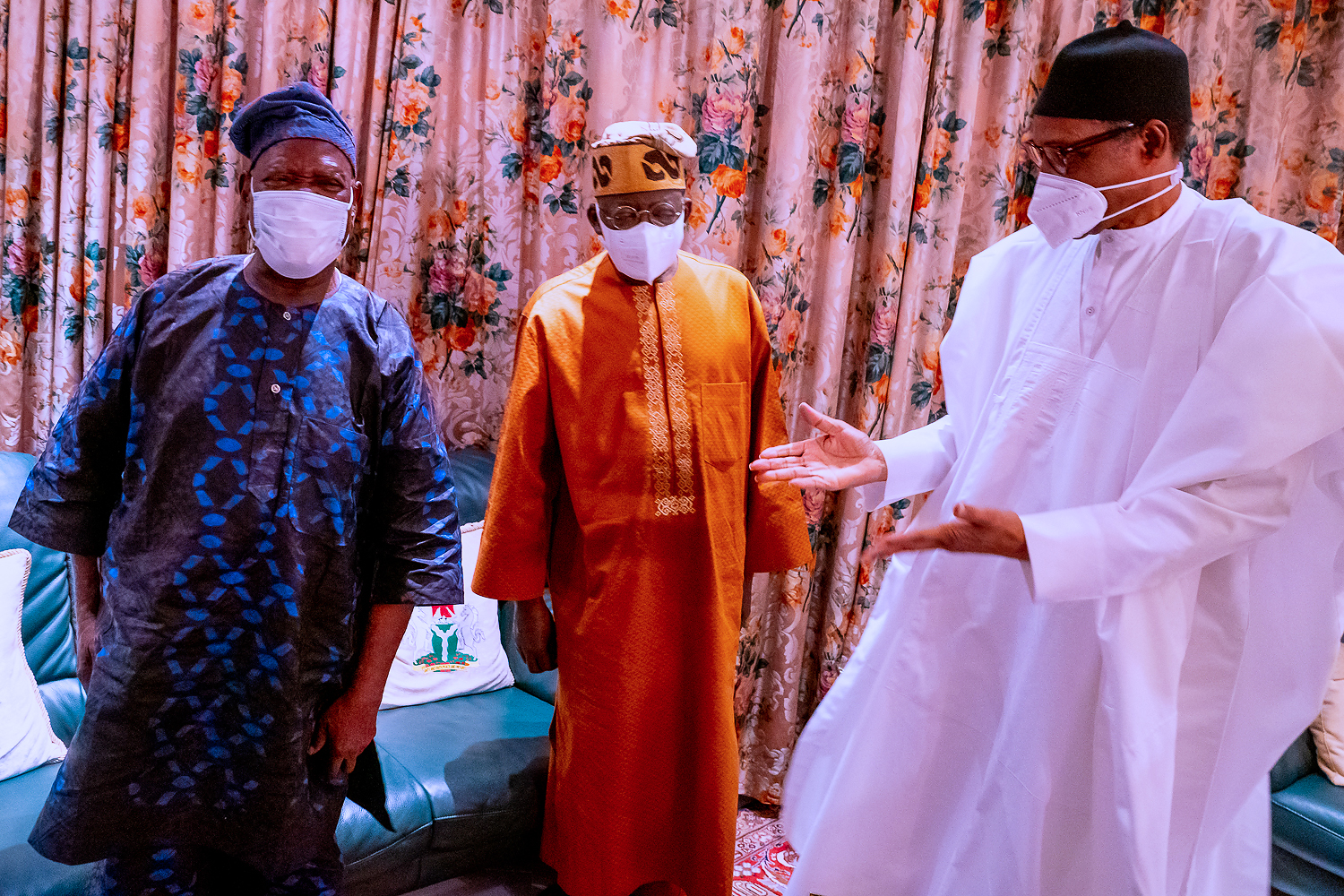 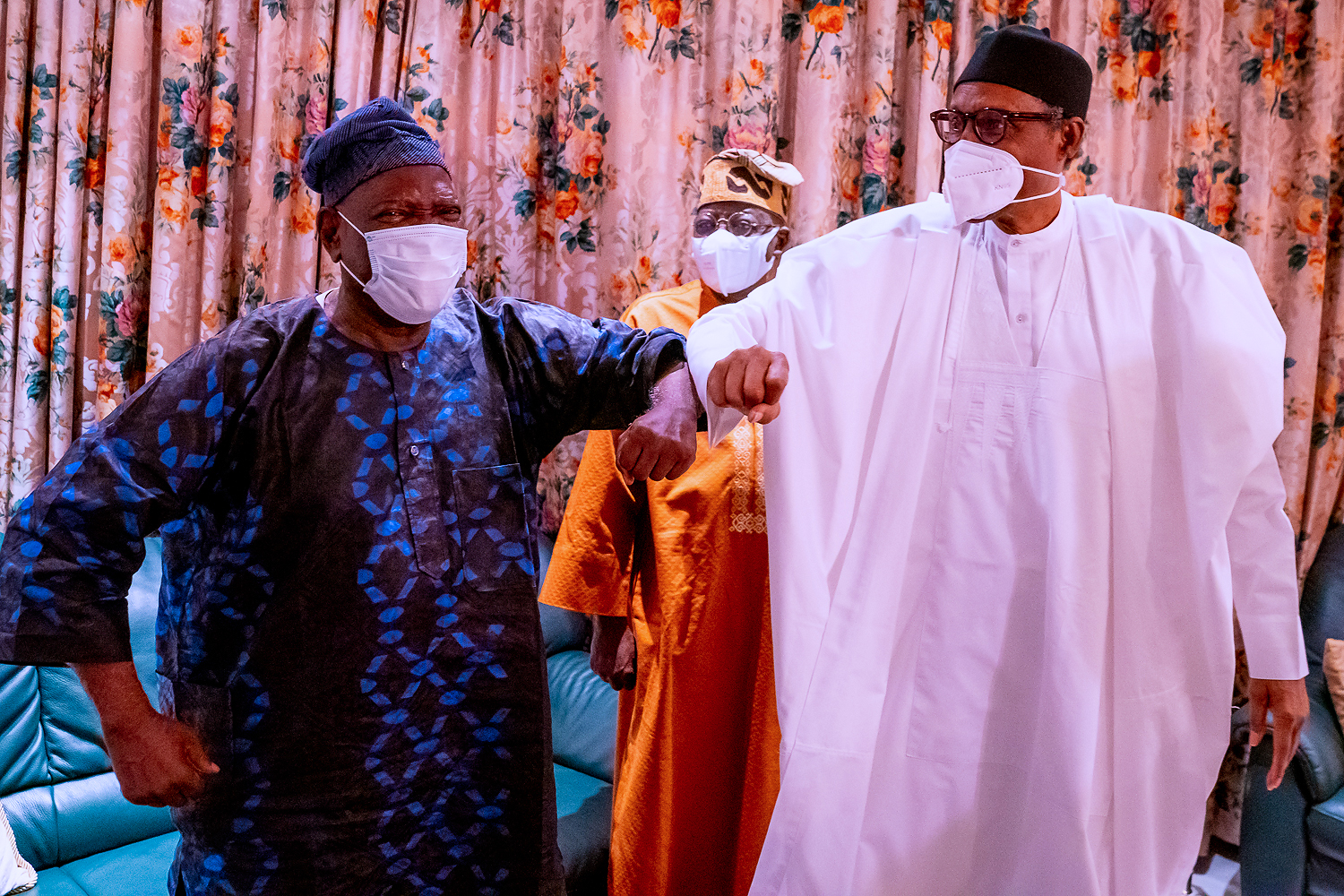 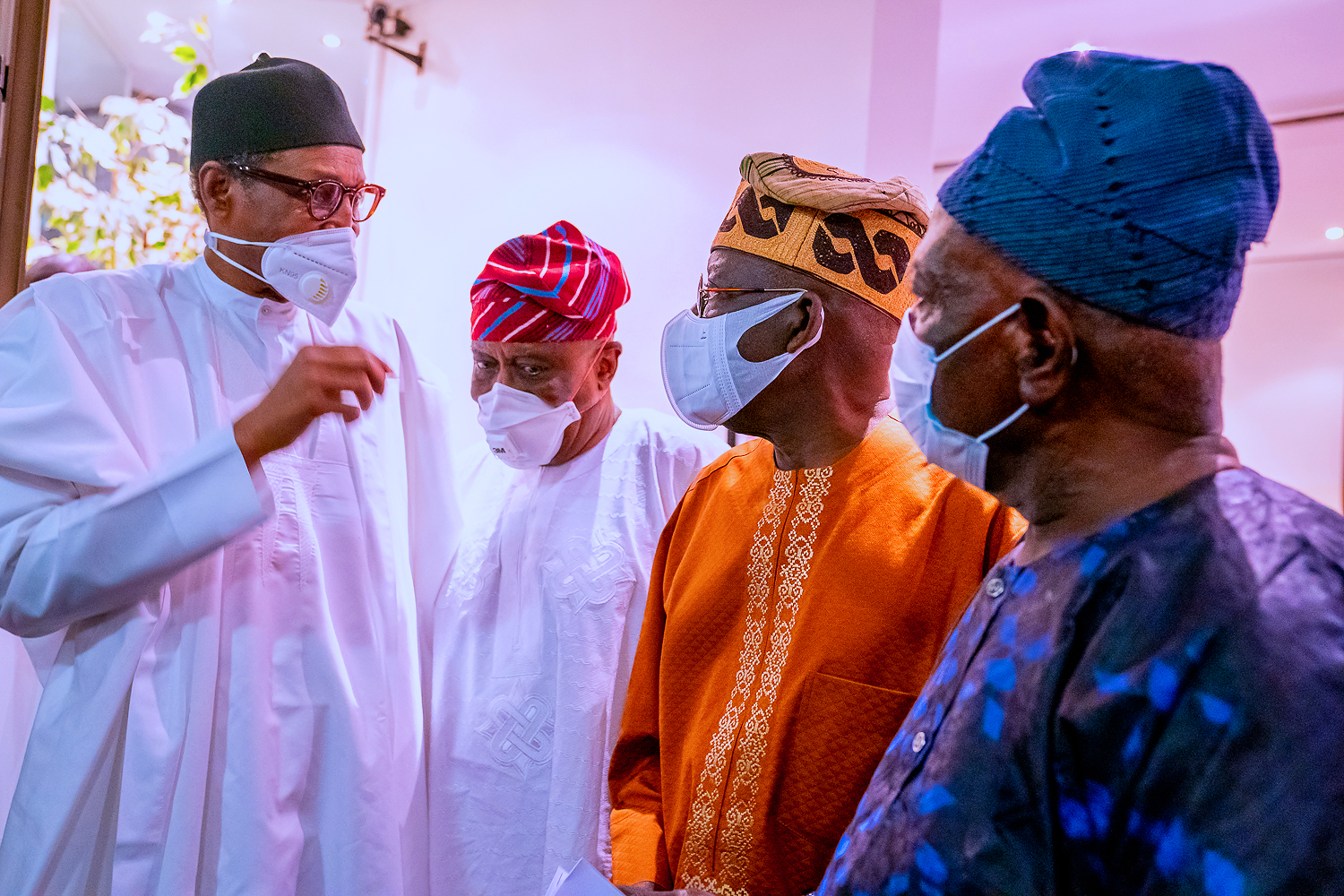 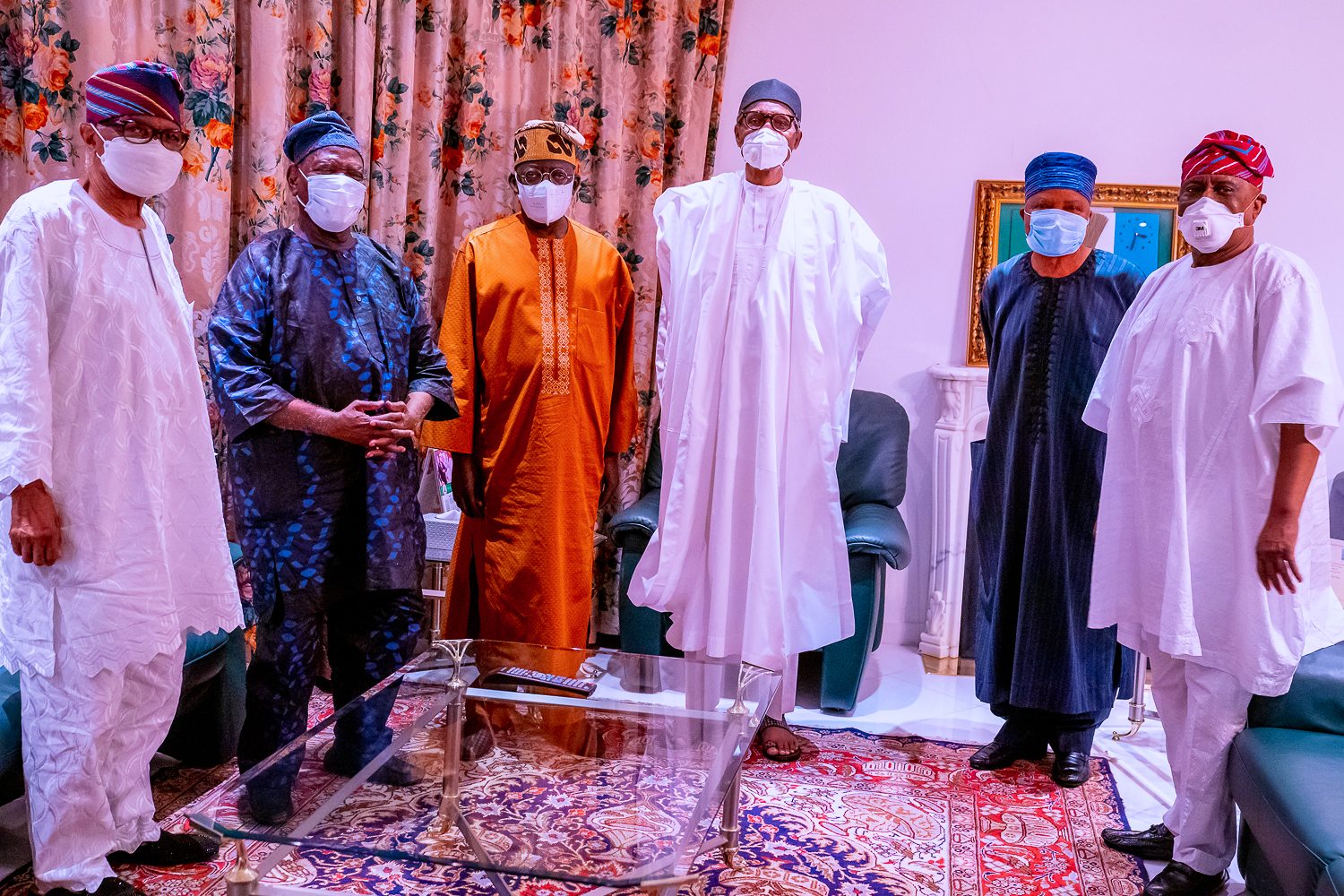 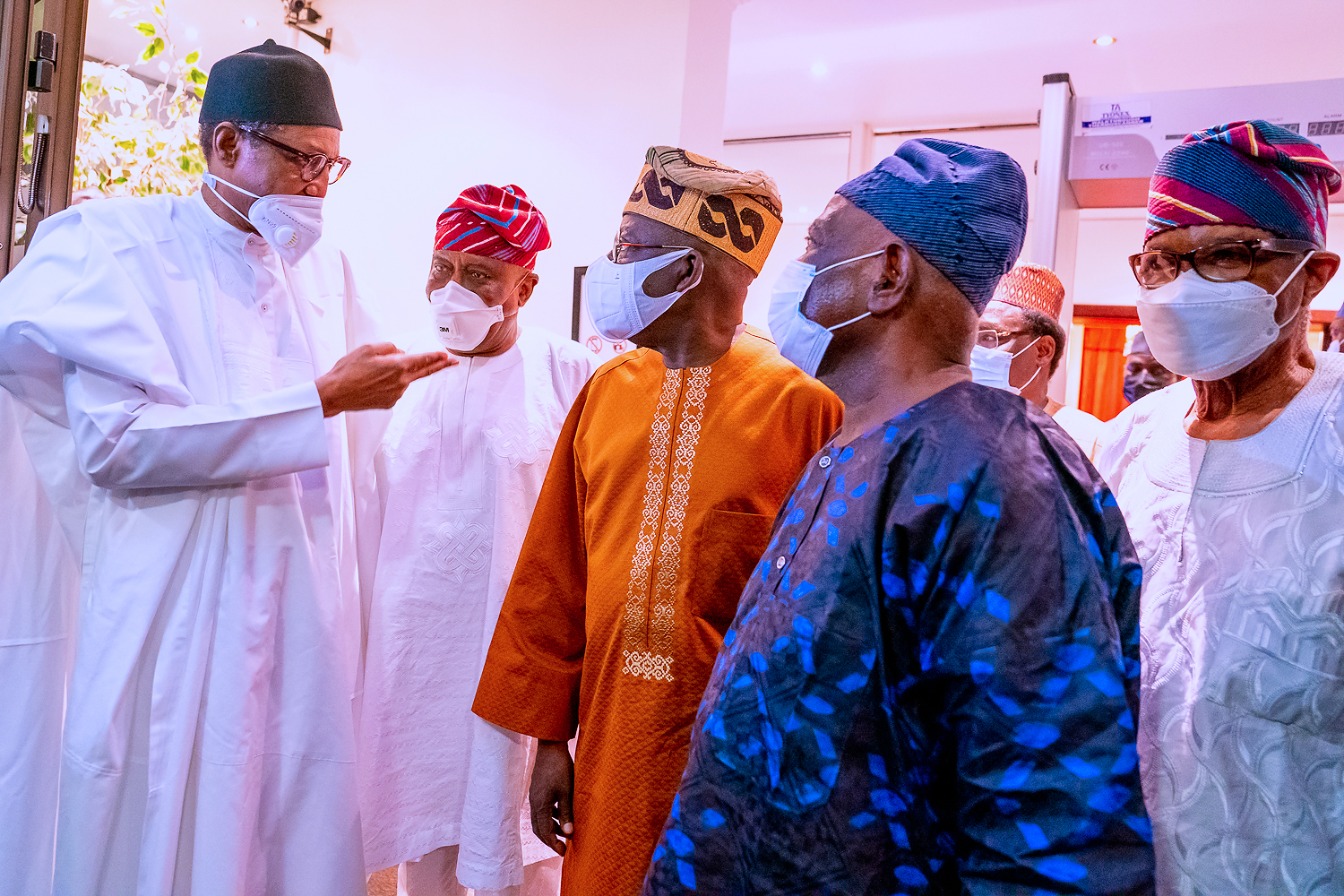 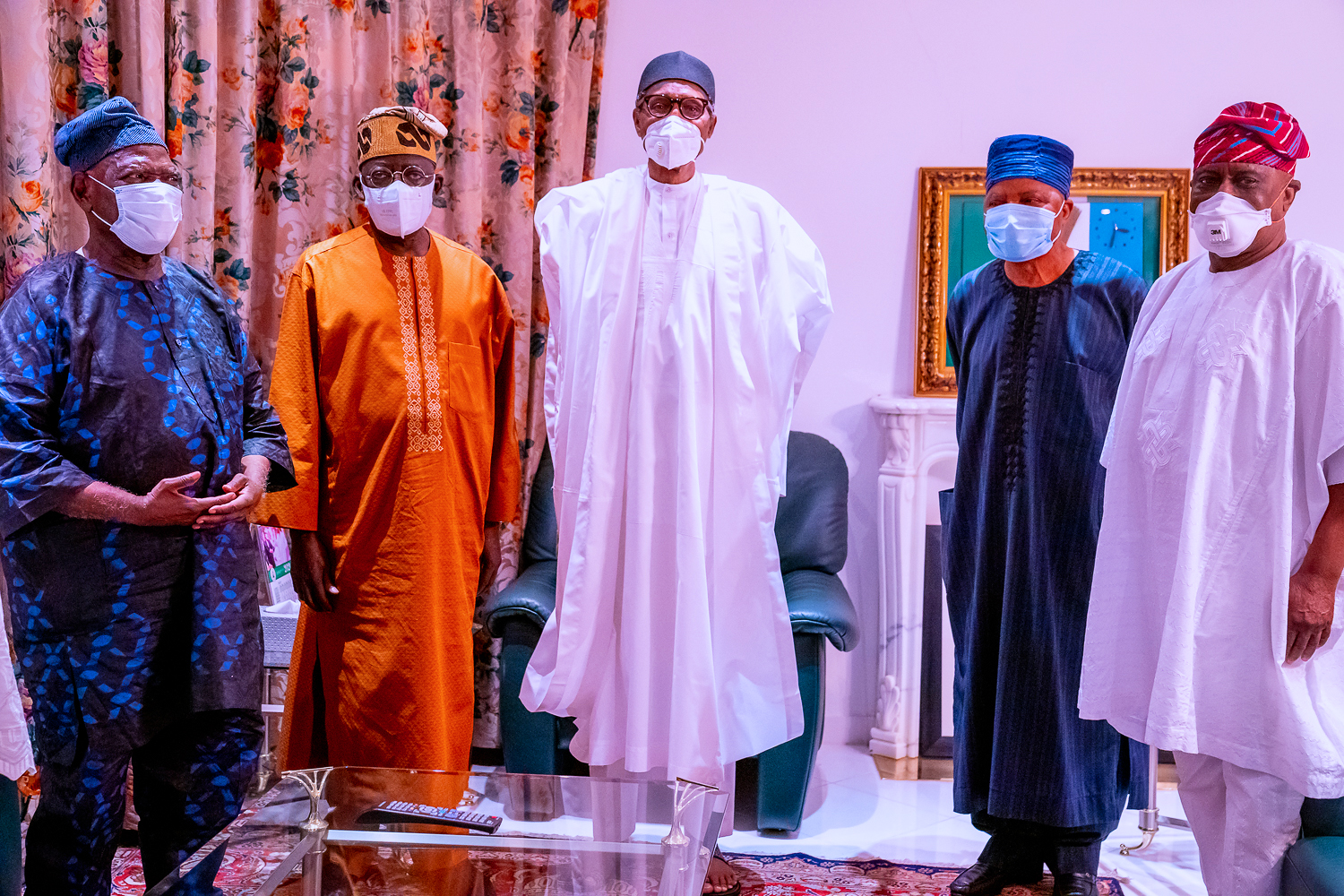