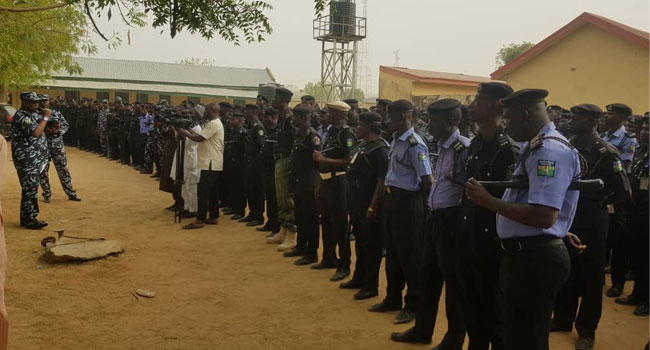 The Nigeria Police Force (NPF) Jigawa state command says it would deploy over one thousand personnel to ensure a hitch-free rerun election for the Garki/Babura Federal Constituency.

The Police Commissioner (CP) Usman Gomna disclosed this while addressing newsmen in Ringim Local Government’s Police Division after parties signed a peace accord.

According to him, in the 302 polling units 2 personnel each would be stationed there, while armed personnel would be on patrol vehicle in case of any necessity.

CP Usman Gomna added that the police have also partnered with sister agencies which include the Nigeria Security and Civil Defence Corps, Nigeria Immigration Service, DSS, and NDLEA to complement their efforts.

However, the three parties that are to participate in the rerun election that includes the All Progressives Congress (APC), People’s Democratic Party (PDP), and Action Democratic Party (ADP) agree to cooperate with the security to ensure a free, fair and credible election tomorrow.