President Muhammadu Buhari has received the Certificate of Incorporation of the Nigerian National Petroleum Corporation (NNPC).

He was presented with the certificate at the State House on Friday by the Minister of State for Petroleum, Timipre Sylva, Registrar Corporate Affairs Commission, Alhaji Garba Abubakar and NNPC Group Managing Director, Mele Kyari.

Following the signing of the Petroleum Industry Bill into law by President Muhammadu Buhari on August 17, Mr Sylva had said that the (NNPC) will become a commercial company within six months.

He said a transitional committee was already in place to incorporate NNPC Limited.

Consequently, all shares in NNPC Limited are expected to be vested in the government at incorporation and held by the Ministry of Finance. 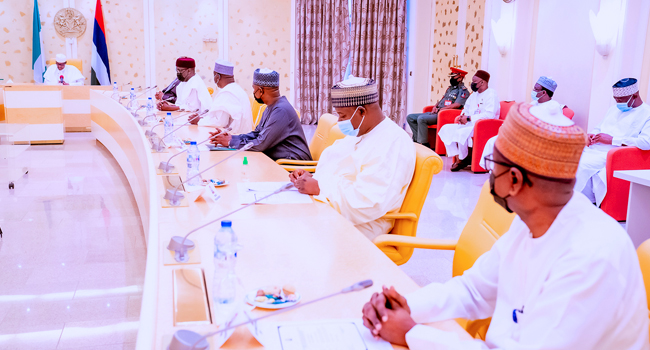 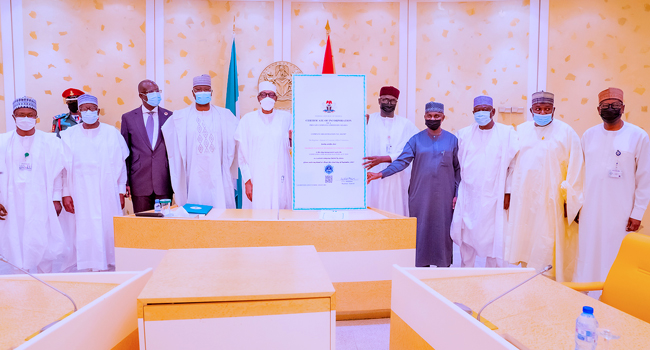 Mr Sylva noted that although the new Petroleum Act has deregulated the oil sector, subsidy policies will remain in place till further notice.

Meanwhile, the minister on Thursday also said he was confident that the law will significantly boost Nigeria’s potential to achieve its oil production to four million barrels per day.

“The PIA 2021 will undoubtedly assist in harnessing Nigeria’s potential to achieve its oil production to four million barrels per day and oil reserves from 37 billion barrels to 40 billion barrels while also drawing on the country’s estimated 600 cubic ft of natural gas to provide clean and efficient energy,” Mr Sylva said at the SEPLAT Energy Summit which held in Abuja.