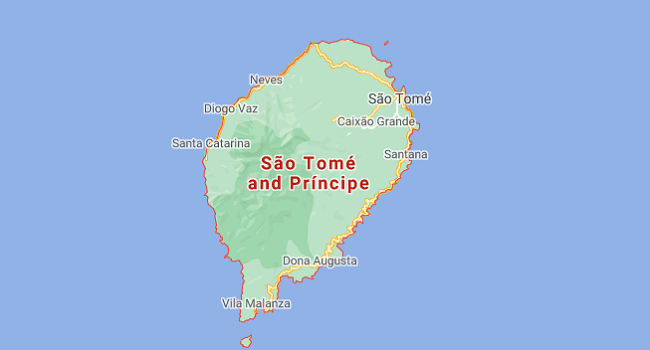 Sao Tome and Principe, a tiny Portuguese-speaking archipelago widely praised for its strong democracy, was voting on Sunday in the second round of a presidential election after two postponements.

The runoff was initially scheduled for August 8 but was postponed until August 29 before being rescheduled again after a candidate complained about the results in the first round.

The country is a former Portuguese colony of 210,000 people in the Gulf of Guinea off West Africa, whose parliamentary system has fostered a tradition of peaceful transitions of power.

It opened up to a multiparty system in 1991 after 15 years of single-party rule by a Marxist regime.

Carlos Vila Nova of the centre-right opposition Independent Democratic Action (ADI) party led the first round of voting on July 18 with 39.5 percent of the vote.

He is a 62-year-old businessman and former minister, but remains little known among the general public.

His runoff opponent is former prime minister Guilherme Posser da Costa, 68, of the centre-left Movement for the Liberation of Sao Tome and Principe (MLSTP) party, who scored 20.7 percent. His party leads the ruling coalition in parliament.

The president has largely ceremonial powers, authorised to arbitrate in political disputes but not to govern.

Power lies with the prime minister, currently Jorge Lopes Bom Jesus of the MLSTP, which won elections in 2018.

“Polling stations have just opened,” the head of the electorial commission, Fernando Maquengo, told AFP by telephone on Sunday morning.

The timetable for the runoff became delayed after the third-placed candidate in the first round, Delfim das Neves, filed a petition against the result, alleging fraud. His suit was eventually rejected by the Constitutional Tribunal.

The new runoff takes place two days after the official end to the tenure of the current president, Evaristo Carvalho.

Under the constitution, the speaker of the National Assembly — who is Neves — takes over the vacant presidency until the post is filled by an elected successor.

Sao Tome exports cocoa and coffee and also lives on subsistence farming, fishing and tourism, but it remains overwhelmingly dependent on international aid.

About one-third of the population lives on less than the international poverty line of $1.90 a day, and more than two-thirds are classified as poor, the World Bank says.