The Lagos State Government has commenced the demolition of buildings marked on Freeman Street at the Ita Faji area of Lagos Island.

This follows the collapse of a three-storey building on Massey Street in the same area on Wednesday, killing school children and some other occupants of the building, while many others were left injured.

During an assessment tour of the site, Governor Akinwunmi Ambode had vowed to demolish all illegal school buildings in the area.

The Acting General Manager of the State Building Control Agency, Omotayo Fakolujo, told Channels Television that officials were acting based on the governor’s directives. 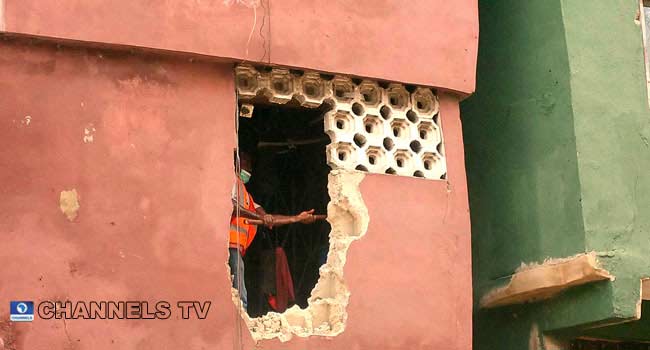 He explained that most owners of some illegal structures were evading arrest despite disobeying the government’s order.

“I can say that the owners and tenants are recalcitrant, in as much as we try to evict them, they continue to evade arrest and go through the back door and we feel that this structure might go down as soon as possible and that is why we have to bring it down today.

“There is a lot of legal tussles that relate to demolition. For this one, we just had a clearance from the court last week. We are moving to Smith, Palm church and Adeniji Adele where we have marked over 20 structures for demolition. 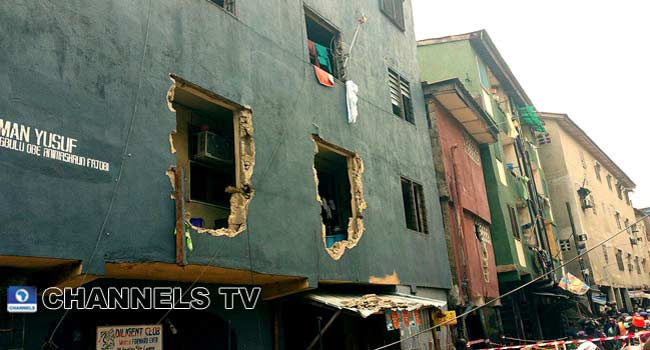 Fakolujo added that the government was also trying to evacuate occupants of most of the structures about to collapse.

“Like we have said, we have been carrying out a lot of integrity tests on the buildings in this neighborhood and as you can see, some of them have been marked for demolition but we get resistance from landlords. But we must continue to save lives and we would intensify our efforts to see that those have failed our integrity test, we would ensure that they are quickly evacuated and we bring the structures down,” he said.

The collapsed building, said to be 30 years old, caved in at about 9:45 am on Wednesday, triggering outrage across the country and condemnation of the inability of the government to enforce its rules regarding structures considered to have failed integrity test.

Twenty-four hours after the disaster, the rescue agencies said they had reached ‘ground zero’ on the site, meaning that all the rubbles had been excavated and there was no evidence that anyone was still trapped.