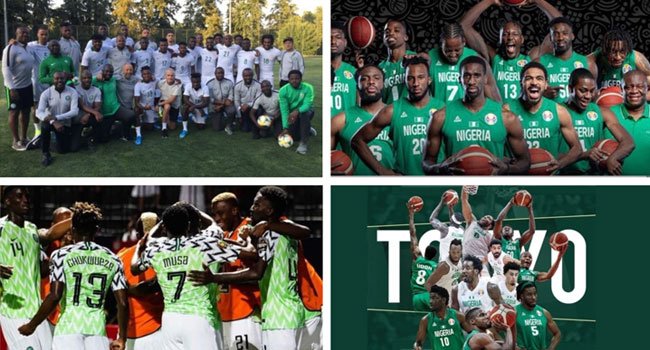 Nigeria lost a place in the FIFA ranking for the month of September, ranking 34th. In the league table published Thursday on the website of the governing body of world football, Nigeria collected 1,482 points in the month under review, compared to 1,481 points in August.

However, despite the fall of a place, Nigeria still occupies the third position on the continent behind Senegal and Tunisia, with 1,546 and 1,493 respectively. On the world stage, Belgium remains at the top of the FIFA world rankings after several weeks rich in international soccer actions.

During the period under review, 78 friendly matches, 74 continental qualifiers, and 60 FIFA World Cup ™ qualifiers, Qatar 2022 ™, were held. Although the teams in the top 10 remain unchanged, there have been some movements. France (second, top 1) and Brazil (third, bottom 1) exchanged places, while Spain (seventh, 2%) is the top 10 in the ranking. This surprises NetBet fans.

The Cayman Islands (193rd, 11th place) and Granada (160th, 13th place) are the largest mixed point climbers, reaping the rewards of their success in the CONCACAF League of Nations. In fact, the increase of 13 places in Granada means that they are the highest climber in September.

Meanwhile, Kosovo (119th, up to 1) was rewarded for his impressive performance in the UEFA EURO 2020 qualifier by reaching his best position in the FIFA ranking. The Cook Islands are not classified in the last classification because they have not played in an international “A” match in the last four years. After their next international “A” match, they will be included again in the standings with their total points since July 2019 plus / minus points won or lost in the new match. Recalled that Nigeria moves 12 points up in the last FIFA ranking prior to this.

On the other hand, Nigerian D’Tigers climbed 10 places in the FIBA ​​Men’s World Ranking recently presented by Nike on Thursday. According to FIBA, the ranking was updated after the conclusion of the 2019 FIBA ​​Basketball World Cup in China.

The United States retained its first-place status, but Spain, the recently successful World Cup champion, closed the gap. Nigeria’s qualification for the Tokyo 2020 Olympic Games was also critical for its recent 23rd place on a previous 33rd place, even taking first place on the continent.

Meanwhile, there was a big move up the leaderboard, with Australia (673.6) coming in third. Argentina took fourth place (670.5) and fifth place in France (665.4). Entering the World Cup as Team No. 11, Australia received extra points for beating top teams in France and Lithuania.

It was on the way to his best performance in the flagship event. Argentina, a finalist of the World Cup, also won a place at the expense of France. Total points in France increased during the World Cup, but they were not enough to offset the successes achieved by Australia and Argentina.

The Czech Republic (596.8) and Poland (583.0) were among the highest, with strong World Cup exhibits reflected in the recently updated ranking. The Czechs gained 14 places and are now tenths, while the Poles climbed to 13th place, winning 12 places https://sport.netbet.ng/.

The trajectory also indicates other World Cup participants, such as Nigeria, Tunisia, Jordan, Japan, and Ivory Coast posted double-digit gains. However, the countries that lost ground are those who were not present in the tournament of 32 teams in China. The men’s FIBA ​​World Ranking, presented by NIKE, will be updated after qualifying for the February Continental Cup.