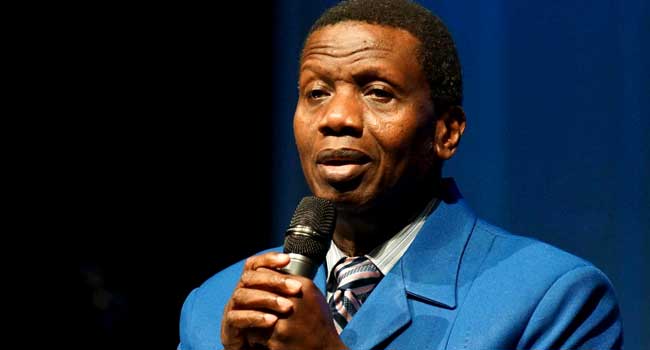 The General Overseer of the Redeemed Christian Church of God, Pastor Enoch Adeboye, says the use of social media application, Twitter is in line with Article 19 of the UN universal declaration of Human Rights.

The senior pastor said in defence of his post on Monday, via the now-banned platform.

“The Redeemed Christian Church of God is domiciled in more than 170 nations & territories,” Pastor Adeboye said, adding, “the tweets here are in accordance to Article 19 of the UN universal declaration of Human Rights”.

His comments come days after the Federal Government announced a suspension of Twitter in Nigeria.

Read Also: FG Gives Condition To Be Met Before Twitter Ban Is Lifted

The Minister of Information and Culture, Alhaji Lai Mohammed while announcing the suspension cited the persistent use of the platform for activities that are “capable of undermining Nigeria’s corporate existence.”

Following the announcement, telecom operators in Nigeria blocked Twitter leaving users in the country unable to access the microblogging website while some navigated the hurdle using Virtual Private Networks (VPN).

Attorney General of the Federation and Minister of Justice, Abubakar Malami has also directed the immediate prosecution of offenders of the Federal Government’s ban on Twitter operations in Nigeria.

Meanwhile, the Federal Government says it would restore operations of the app in Nigeria if the platform would be used responsibly by the citizens.

Minister of Foreign Affairs, Geoffrey Onyeama, disclosed this on Monday after a meeting with some of the top envoys of various Diplomatic Missions in Nigeria.