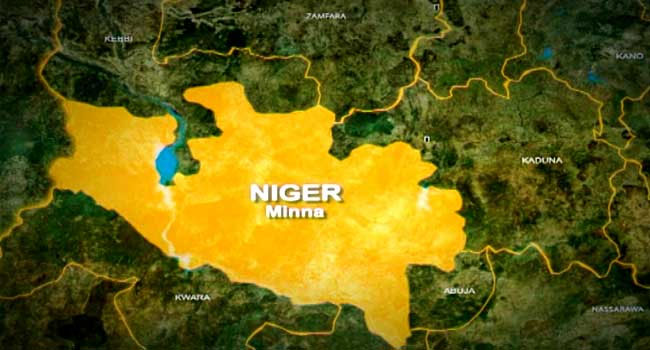 Two soldiers have been killed while several others were injured in an attack on Kagara Local Government Area of Niger State.

The state Governor, Abubakar Bello, confirmed this on Saturday when he visited 12 of the injured soldiers receiving treatment at the Ibrahim Badamasi Babangida (IBB) Specialist Hospital, Minna.

He told journalists that the injured soldiers are responding to treatment and will be on their feet in no time.

Bello who expressed sadness over the situation disclosed that some of the injured soldiers were taken to Kaduna for medical attention.

According to him, while the bandits suffered heavy casualties, he didn’t state any specific figures.

The governor maintained that the bandits have alliances with terrorists, considering their increasing number and the way they plan and carry out their attacks.

He said the situation calls for a review, adding that aside the kinetic efforts being made, a support system will be evolved for those deprived of their livelihood through banditry or cattle rustling.

Governor Bello, however, enjoined the citizens to be security-conscious and be mindful of their environment as well as report any suspicious activities around them, pointing out that the war is for all and not only the security agencies as it is threatening the life of everyone.

He also raised concerns over some rural communities who for fear of attack, harbour bandits.

Read Also: [Banditry] These Are Not Just Bandits, They Have Aligned With Terrorists – Gov Bello

“Very soon we will tag those communities as same elements as bandits. If you are harbouring any bandits and you know, you are one even if you don’t carry gun because you are risking the lives of our security agents,” he said.

“We have lost quite a few of them since it started and we don’t intend to lose more. What we are calling for is a safe environment and for everyone to support the ongoing operation by the security agents”, he said.

Meanwhile, the Governor has expressed dismay over the condition of the hospital which he said gulped a huge amount to renovate few years back.

He said the issue will be investigated as he believes something is fundamentally wrong and someone is not doing his job.

“I am extremely angry because I remember when we came we spent a lot of money to renovate the entire hospital and in less than four years, for this hospital to be like this, then something is fundamentally wrong so am not happy and am angry, very angry”, he said.

He also ordered for immediate repair of the dialysis machines in the hospital and directed the Commissioner for Finance, to release funds immediately to that effect.