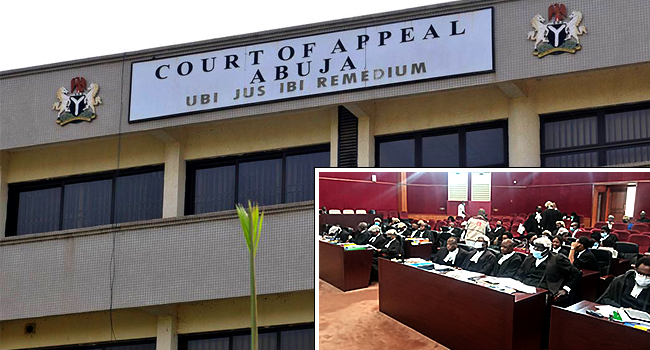 The Lagos State Government on Friday applied to be joined as a co-respondent in the appeal filed by the Federal Inland Revenue Service (FIRS) against the judgement of the Rivers State High Court, which declared that the Rivers State Government had the right to collect Value-Added Tax (VAT) and Personal Income Tax in the state, and not the Federal Inland Revenue Services.

Attorney-General of the state, Moyesore Onigbanjo, made the request at the Court of Appeal in Abuja on behalf of the state government.

Onigbanjo told the court that the state’s interest was at stake, stressing that if they aren’t joined in the matter, it would amount to a breach of fair hearing.

The Counsel to the FIRS, Mahmud Magaji SAN, however, urged the court to hear the main application (stay of execution request) first, as that was of utmost priority.

Subsequently, the head of the three-man panel, Justice Haruna Tsammani, stepped down the matter for ruling.

At the resumed session, the court ruled that the motion of joinder by the Lagos State government be heard.

Thereafter, the applicants and respondents were given two days to file their written addresses, while the applicants were also given a day to reply on the point of law.

The FIRS had, through a motion on notice, applied for a stay of execution on the earlier judgement delivered by Justice Stephen Pam, affirming the constitutional role of the state governments to collect VAT and not FIRS.