Jesus College, University of Cambridge has become the first institution in the world to return a Benin Bronze.

The Okukor statue was looted directly from the Court of Benin, as part of the punitive British expedition of 1897 and was given to the College in 1905 by the father of a student.

More than a hundred years later, the institution has finally handed over the elaborately carved cockerel known as ‘Okukor’ to a Nigerian delegation at a ceremony held on Wednesday.

Delegates from Nigeria and Benin nominated to receive the historic artefact included the brother of the Oba of Benin, Prince Aghatise Erediauwa; Director-General of the National Commission for Museums and Monuments of Nigeria, Professor Abba Tijani, and the Nigeria High Commissioner to the United Kingdom, Ambassador Sarafa Isola.

Highlights of the ceremony are captured in the pictures below: 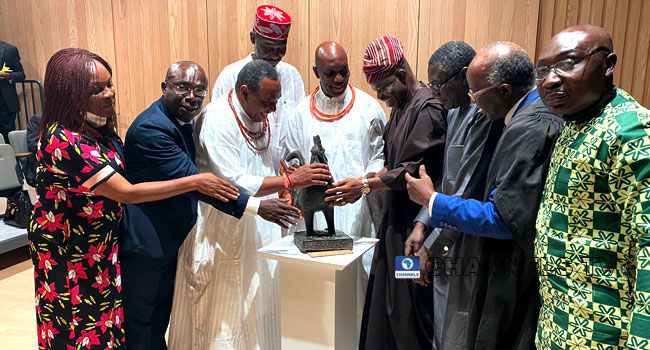 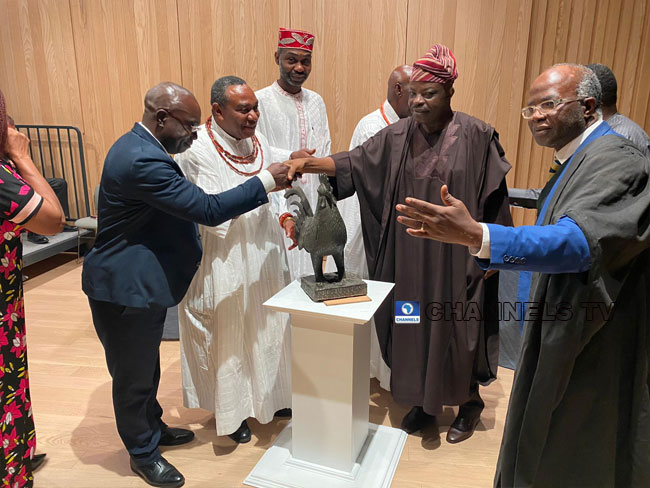 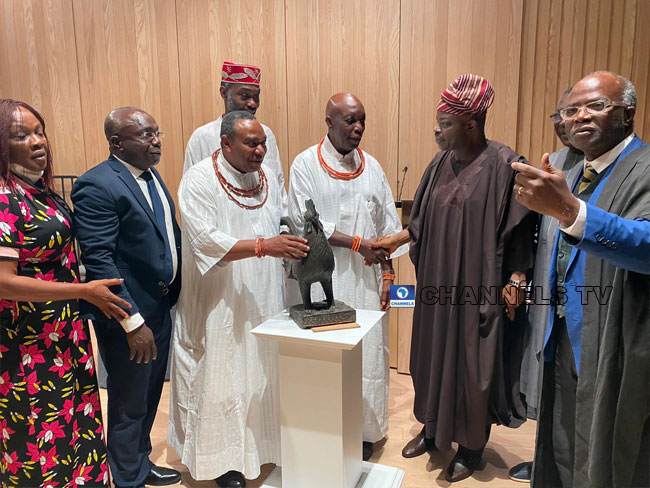 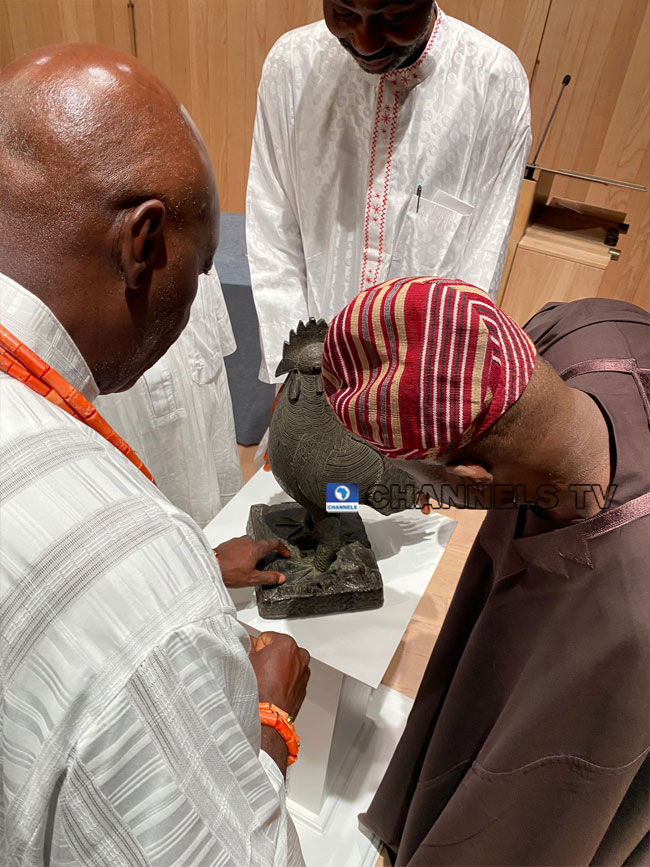 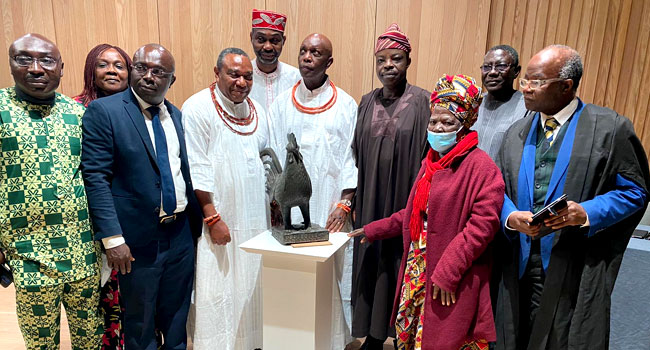 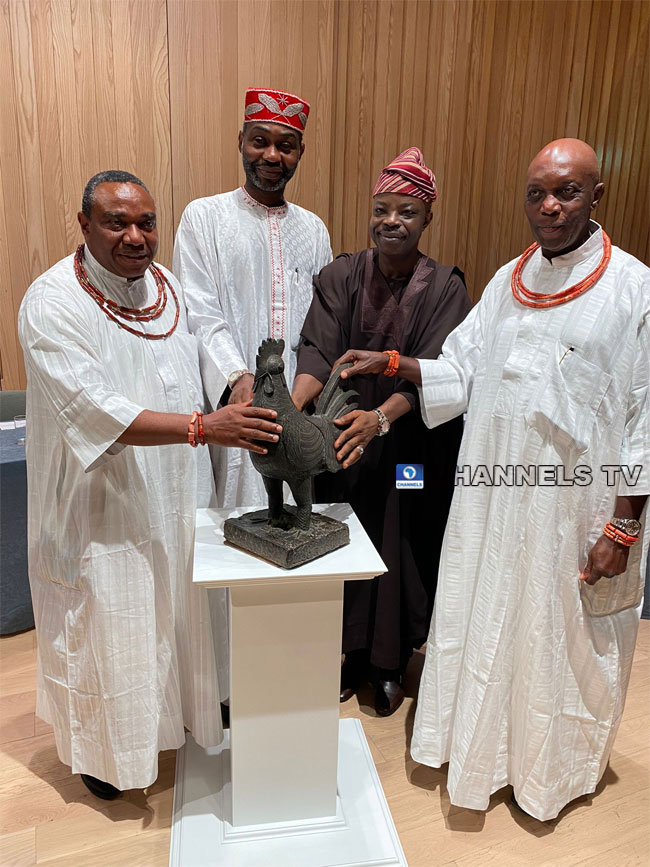 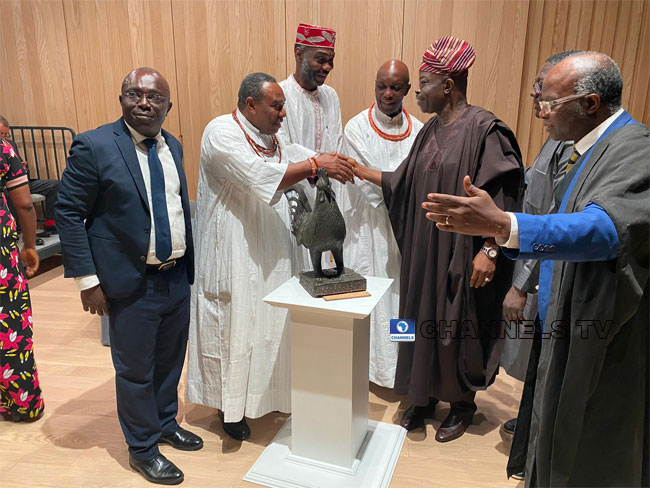