No fewer than 30 business centres and shops were razed on Monday morning following a tanker explosion in Yola, Adamawa State.

Tragedy struck after the tanker, laden with Premium Motor Spirit (PMS), also known as petrol, attempted to negotiate the popular Maidoki Roundabout in the state capital.

Thereafter, the tanker overturned, separating from the main vehicle and spilled its content on the road and into a nearby drainage around the busy PZ industrial layout along the Airport Road.

Narrating how the incident occurred, an eyewitness, Godson Chucks, told Channels Television that fire erupted after the petrol flowed through the drainage to where a local tea-maker (popularly known as meshai) was plying his trade.

Vehicles and shops, including business centres and fruit stalls located within an 80-metre radius, worth millions of naira, were destroyed by the inferno.

Shortly after the tanker went up in flames, a combined team of officials from the state and federal fire services were said to have arrived at the scene.

The emergency responders were supported by their counterparts from the Nigerian Air Force (NAF) Base in Yola, and others.

They battled the raging fire and brought it under control, preventing further damage to the nearby petrol and gas stations in the area.

The incident caused a gridlock in the area as onlookers gathered at the scene, despite the danger of the spilled fuel flowing freely on the road.

As at the time of this report, the inferno had been put out and no life was lost.

See more photos of the fire incident below: 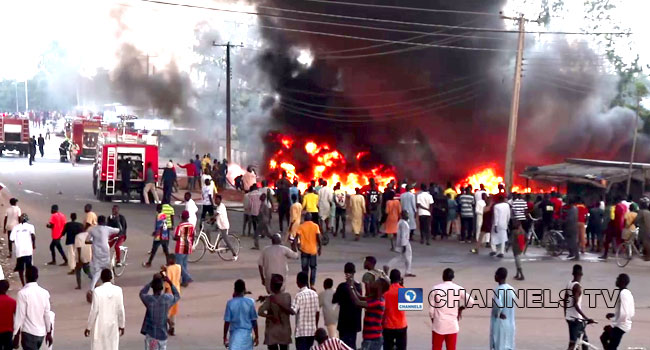 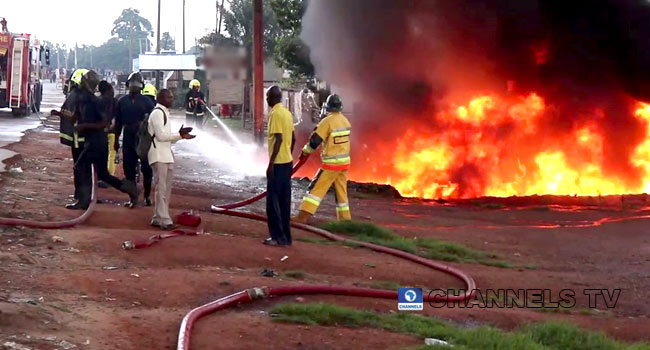 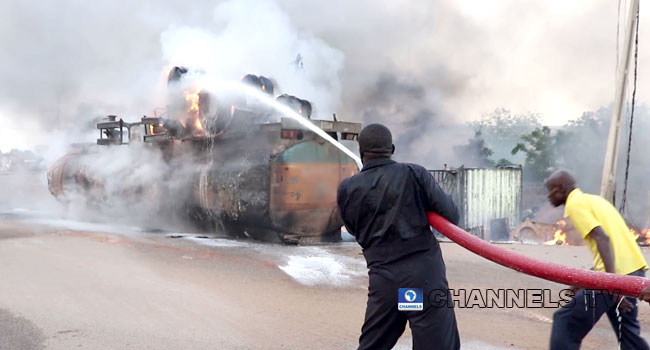 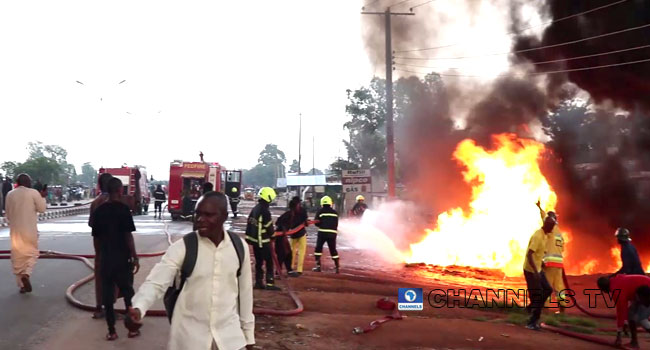 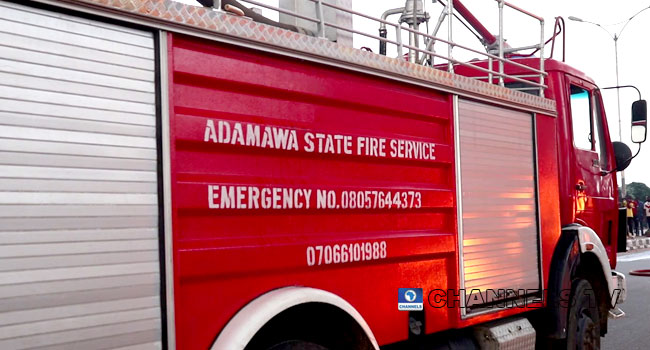 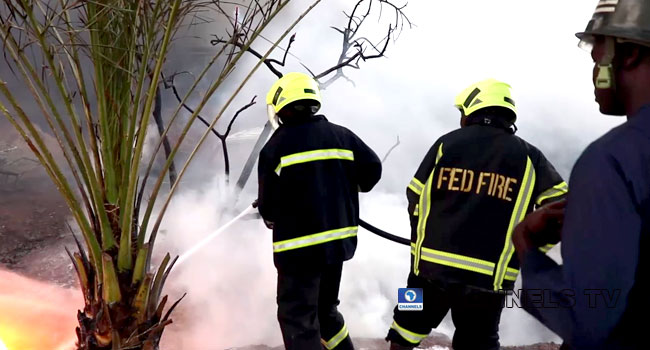 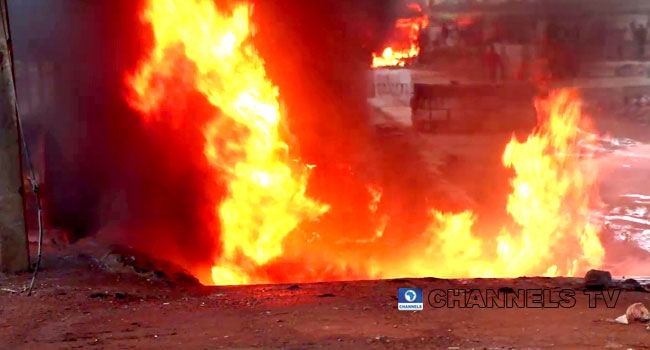 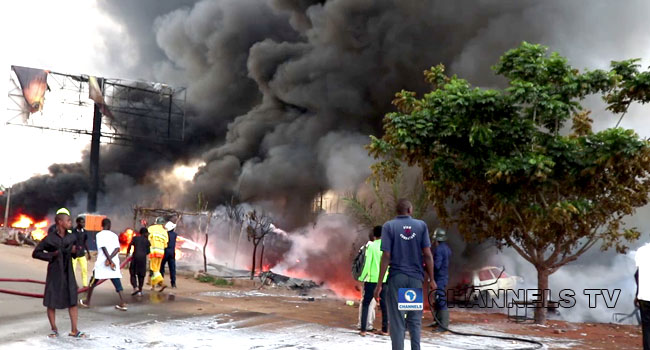 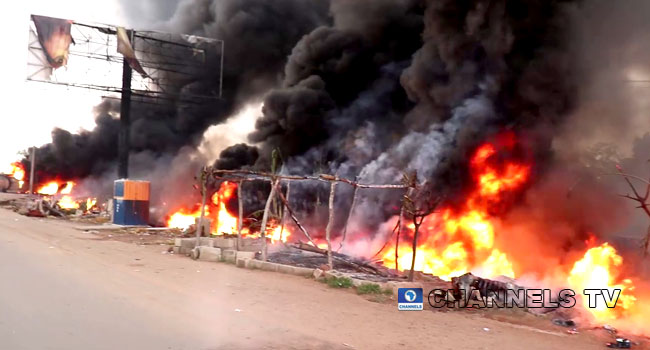 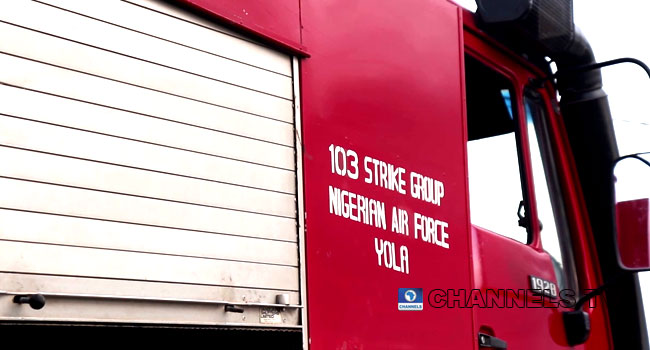 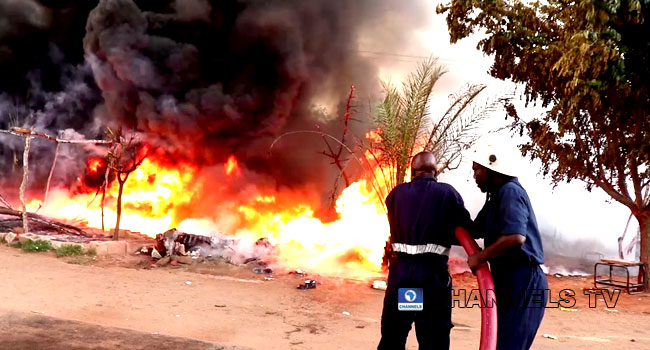 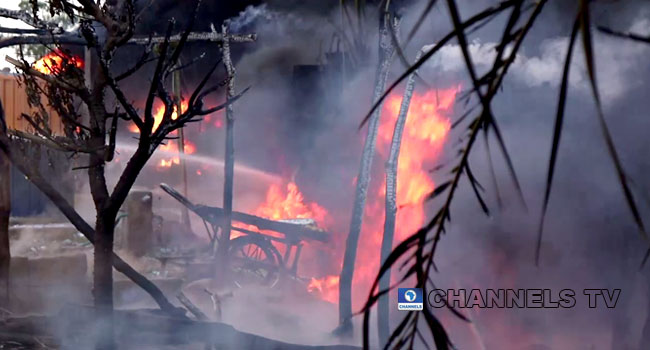 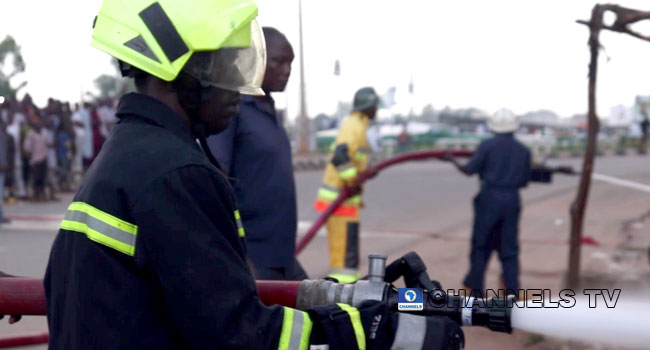 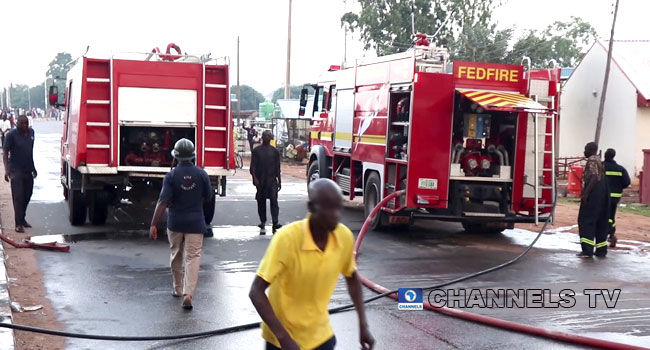 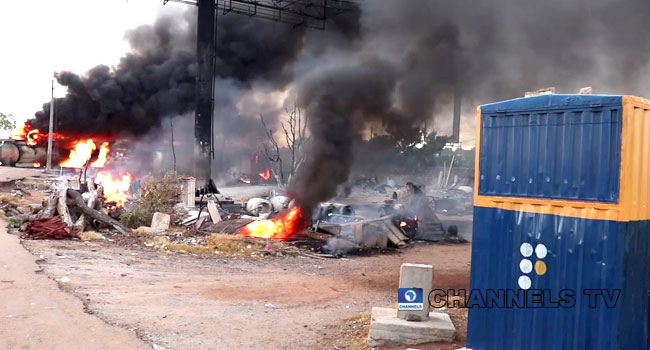 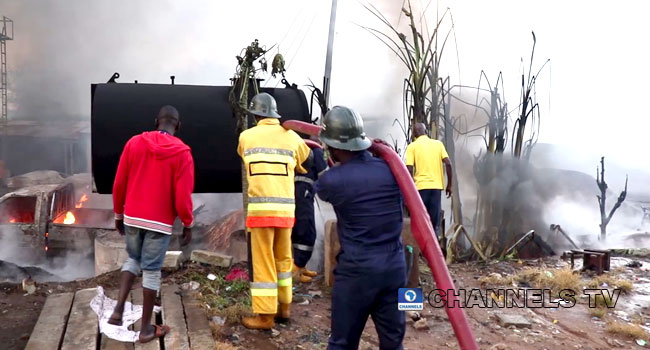 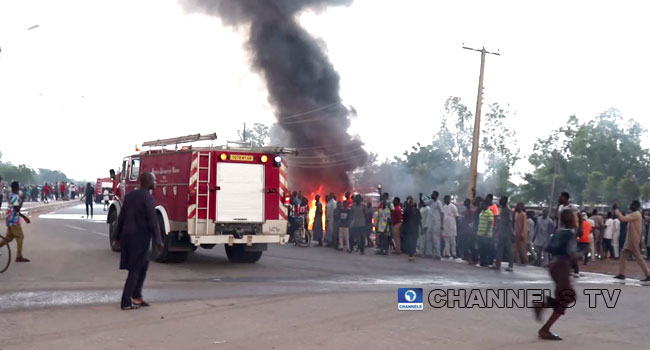 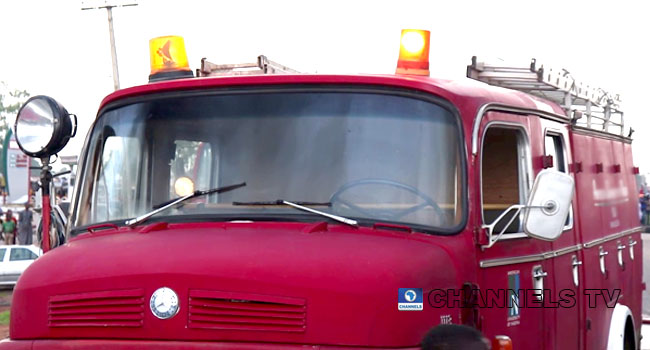