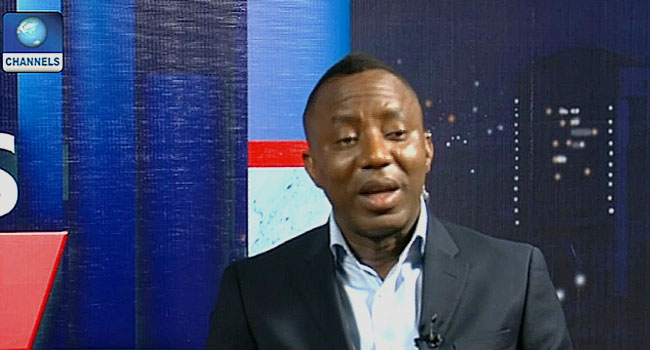 The Independent National Electoral Commission (INEC) has said it will continue to recognize Omoyele Sowore as the authentic National Chairman of the African Action Congress (AAC).

INEC made this clarification in a letter by its Secretary, Mrs Rose Oriaran-Anthony, dated May 14.

The electoral umpire sent out its communique in reply to a letter by the National Executive Committee (NEC) of the AAC, on May 13.

In its letter, the party sought to suspend Sowore and eight others over alleged anti-party activities.

However, after reviewing the party’s request, INEC said it discovered certain flaws that do not substantiate the AAC’s claims against Sowore and the others.

INEC’s letter partly read, “The commission, after reviewing the content of the letter, has established the following: There is no documentary evidence that a meeting of the AAC NEC was convened by the National Chairman as required by Chapter 9 Section 59(a) of the constitution of the AAC.

“The party did not provide a 21-day notice of the NEC meeting as required by Section 85(1) of the Electoral Act 2010 (as amended). There are no minutes or evidence of attendance of the AAC NEC meeting where the National Chairman and eight others were purportedly suspended.

“Accordingly, the Commission shall continue to recognise and relate with Mr Sowore Omoyele as the substantive National Chairman of the AAC.” 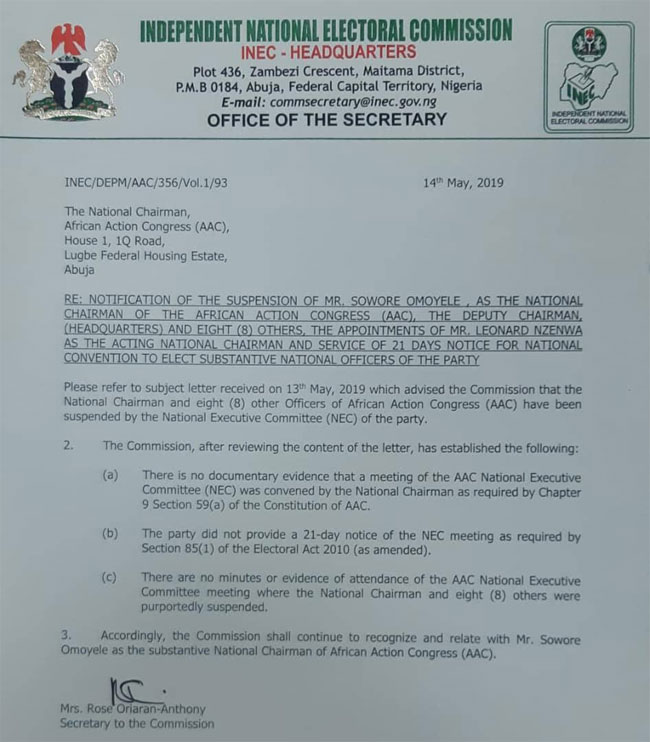