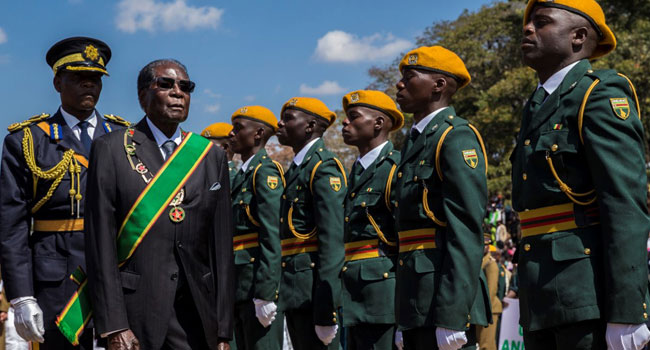 Zimbabwe’s former colonial ruler Britain on Friday said Zimbabweans had “suffered for too long” under former president Robert Mugabe, reacting to news of his death.

“We express our condolences to those who mourn Robert Mugabe’s death. However, Zimbabweans suffered for too long as a result of Mugabe’s autocratic role,” the foreign ministry said in a statement.

The statement said there were “mixed emotions” in Zimbabwe at the death of Mugabe.

“We hope that in this new era, Zimbabwe can continue to be set on a more democratic and prosperous path,” it added,

Mugabe won 1980 elections at the end of a black nationalist guerrilla war against white-minority rule in the rebel British colony of Rhodesia.

In 2000, his supporters violently took over white-owned farms — a watershed moment in relations between the West and their protege.

The land reforms were widely condemned worldwide, with Britain’s then prime minister Tony Blair describing the attacks on white farmers as “barbaric”.

Mugabe hit back, calling Blair a “liar” and an “arrogant little fellow”.

Tensions escalated against after the EU and US imposed sanctions, including a travel ban on Mugabe.

Mugabe responded by telling Blair: “Keep your England and let me keep my Zimbabwe.”

Zimbabwe was suspended in 2002 from the Commonwealth, a grouping of former British colonies headed up by Queen Elizabeth II, and pulled out voluntarily in 2003.